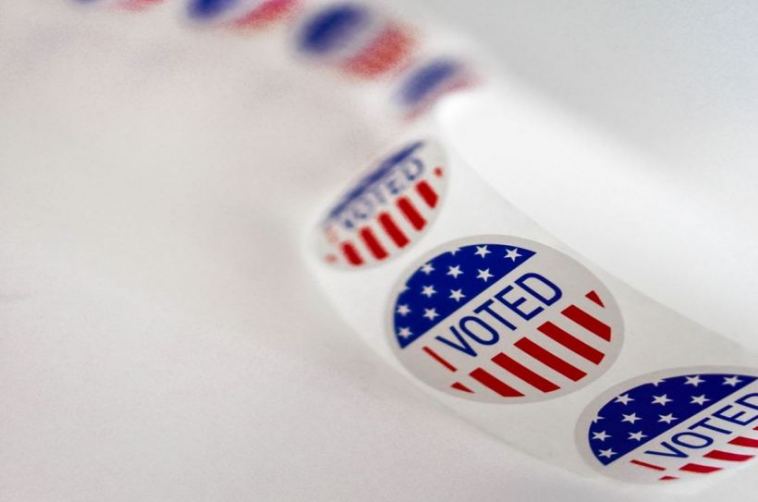 Hold on to your Bitcoin, it could be a bumpy ride.

Whether you actively follow US politics or not, 2020 has brought them into the mainstream of media and financial investments like never before. Investors over the world have been taking a keen interest in the direction the US will take come election time in November. The US economy still remains on shaky ground following the total annual action of Wall Street in March, despite the recently seen corrections.

The risk averse have found new ways of investing their money during this time, as the tremendous weight of the upcoming decision has put bearish sentiments into the hearts of many. While traditional markets stagnate with bated breath, cryptocurrencies like bitcoin are just finding their stride. With a massive and exceptionally speedy recovery following the market shakeout, more are turning to new investor friendly bitcoin sites such as Bitvavo in this time of uncertainty. Whether this is because of the resounding bullish outlook on the market itself, or whether it’s because bitcoin represents an alternative to traditional currency is unknown. What we are aware of is that more investors than ever are looking to the cryptocurrency as their saving grace, and they’re holding on for dear life.

While HODL has long been the favorite strategy of any bitcoin holder, 2020 has introduced some new and exciting ways to invest in cryptocurrency. Convincing a number of long-term investors to begin playing with where they put their crypto. With an uncertain future for traditional markets, particularly what could potentially lie ahead of the upcoming US elections, we’re bound to see a greater buy up on more HODL power as investors use bitcoin as a hedge against treasury and dollar investments.

Some bitcoin experts expect another dip in crypto markets, as uncertainty with tradition markets swirls. Should bitcoin retest around the $9k mark as some suggest, it would coincide with historical trends to see more investors buying the dip. Meaning a swift recovery for crypto that may possibly be a precursor to a bullish boom. Especially if the stock markets tumble following the election.

Which is a very possible outcome. As the US stands to see a stark change in governance and tax policy. Should Biden take the win, taxes on billionaires and capital gains have been promised a stark rise; Where the Trump administration is set to continue quantitative easing methods and tax cuts for the wealthy- which in the short term may boost traditional stock markets, but will eventually fall prey to inflationary rebound. Either way, many suggest a solemn bearish sentiment for traditional markets in the coming year.

With sentiment on the side of hedges like bitcoin and gold, and uncertainty plaguing the market, most top investors are beginning to turn towards some rather untraditional strategies. Billionaire investor, Michael Novogratz, in a CNN interview revealed that he “…short the Nasdaq, am I short some Apple, I’m short Tesla.” Despite recent peaks in these markets, most have begun to stale, suggesting a correction is on its way. As tensions rise many could end up buying the liquidity and sit on assets until a clearer picture is obtained, which could see a price surge in the coming weeks. Serving to bolster the markets no matter the outcome of the elections.

However, historically, elections have been proven to have a large effect on the behavior of the market, with the present election presenting an unprecedented amount of risk to investors. As central banks continue to buy US debt, giving the treasury near unlimited resources to continue printing, the consequences are bound to catch up at some point. Which is one reason why many speculators view the decentralized nature of bitcoin as a good choice of hedge against traditional markets. Despite crypto markets recently being correlated with legacy assets, bitcoin presents a wholly different financial structure, one that is not dependent on the vitality of the US economy, or the functionality of its central banking platforms.

Behind the Bitcoin Hedge

While gold and bitcoin both offer favorable choices when it comes to mitigating risk in portfolios, because of bitcoin’s still nascent market, there is also some built in volatility, offering an attractive hedge option that can still expect good ROI and some capital gain. In fact, the cryptocurrency was debuted shortly after the catastrophic market failure of 2008’s subprime mortgage crisis. With many devoted bitcoin holders believing that Satoshi Nakamoto, the person behind the now famous crypto, intended bitcoin to be a global currency. Creating a better financial system built on the democratic function of a decentralized network.

Keep bitcoin from being a slave to traditional markets and the sway that the FED and central banking institutions have on them. Which means that no matter the outcome of the election in November, bitcoin could prove to be the true future of the US financial system, and that of the world.