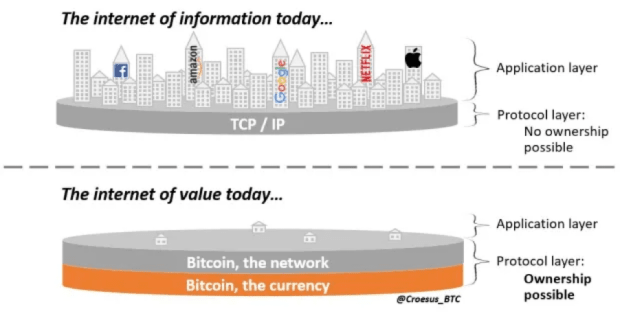 The properties of bitcoin reflect many of real estate’s value offers on top of fundamentally more secure custody.

This is an opinion editorial by Leon Wankum, one of the first financial economics students to write a thesis about Bitcoin in 2015.

Bitcoin has a unique value proposition. As a protocol for exchanging value it allows you to directly own part of it. The Bitcoin network is a transaction processing system. From transaction processing comes the ability to exchange money, namely bitcoin, the network’s native currency, which represents the value of the underlying system. It is both a payment network and an asset, backed by the most resilient computer network in the world.

If you could own part of the internet, would you say no? In fact, that is owning bitcoin — owning shares in a new breakthrough protocol that will transform the internet from a space where not only information, but also value, can be freely exchanged.

With Bitcoin, it’s possible to take an ownership stake in the entire internet of value. This was never possible with the internet of information. Ownership and value capture is built directly into the network (Guy Swann). This is a paradigm shift that new investors need to “wrap their heads around” to understand Bitcoin’s full potential (Croesus_BTC).

Michael Saylor has famously compared buying bitcoin to buying real estate in downtown Manhattan 100 years ago. Some of New York’s wealthiest families have made their fortunes owning real estate. When something that is limited is in high demand, it increases in value.

Scarcity has quite a lot to do with the value of things, which is why certain unique pieces of art are worth so much and why real estate in a densely populated area is more expensive than in a non-densely populated area(surferjim, 2020. Bitcoin As Real Estate). Sure, real estate has value because people pay rent to live in it, but the value is primarily determined by the limited supply of building land. There are only “so many” properties to be built in prime locations. Bitcoin’s appeal also stems from the fact that its supply is limited (Brown, R. 2014. “Welcome to Bitcoin Island). There will never be more than 21,000,000 bitcoin.

But bitcoin, unlike real estate, does not generate any income. It’s like bitcoin is a digital property that doesn’t earn rent.

So wouldn’t calling bitcoin land be a more accurate comparison?

In fact, as described by Richard Brown, bitcoin is very similar to land due to the network’s accounting structure. But I would like to build on that and expand this comparison because bitcoin has a much higher complexity in its application than land, for which real estate is the best comparison. In theory, owning real estate is desirable because it generates income (rent) and can be used as a means of production (manufacturing). But for the most part, real estate now serves a different purpose. Given the high levels of monetary inflation in recent decades, simply keeping money in a savings account is not enough to preserve the value of money and keep up with inflation. As a result, many, including wealthy individuals, pension funds and institutions, typically invest a significant portion of their disposable cash in real estate, which has become one of the preferred stores of value. Most people don’t want real estate so they can live in it or use it for production. They want real estate so they can store value (Jimmy Song).

Bitcoin is widely accepted as a digital store of value, which is only logical in a world where monetary expansion is ever increasing.

While the supply of bitcoin is finite, the properties associated with bitcoin make it an ideal store of value. It is easily portable, divisible, durable, fungible, censorship-resistant and noncustodial. Real estate cannot compete with bitcoin as a store of value. Bitcoin is rarer, more liquid, easier to move and harder to confiscate. It can be sent anywhere in the world at almost no cost at the speed of light. Real estate, on the other hand, is easy to confiscate and very difficult to liquidate in times of crisis. This was recently illustrated in Ukraine. After the Russian invasion on February 24, 2022, many Ukrainians turned to bitcoin to protect their wealth, bring their money with them, accept transfers and donations, and meet daily needs. Real estate, on the other hand, would have had to have been left behind.

Aside from being used as a store of value, real estate is one of the most common forms of collateral used in the traditional banking system. It is commonly used as collateral from a borrower to a lender to secure the repayment of a loan. Banks lend to people and institutions that own real estate. For comparison: bitcoin ownership has become synonymous with “creditworthiness” in the bitcoin space and the preferred collateral accepted by bitcoin financial service providers. Using bitcoin as collateral to secure the repayment of a loan has certain advantages for both borrowers and lenders. As digital property, bitcoin has a much higher velocity than real estate, which is physical. It is easier to access, buy, store, use and maintain. You might live in a remote village, but as long as you have a flip phone and can send and receive texts, you can buy and hold bitcoin. It has the ability to be used anywhere in the world. You could live in Berlin but get a loan from a bank in Singapore if they accept your bitcoin as collateral.

As collateral, real estate has a property that makes traditional banks choose it over bitcoin. They are less volatile. Traditional financial service providers are not used to the high volatility of bitcoin. Each asset has its own specifics. With bitcoin, it’s volatility, which is actually not bad at all. While bitcoin’s volatility can be disastrous for market participants who don’t expect it, it’s generally beneficial to the economy. Bitcoin’s volatility will most likely result in a more resilient market. Firms need to be better able to save and not leverage as much, as price declines could quickly lead to a margin call, as we saw after the most recent 70% crash in bitcoin. After that, a number of heavily indebted companies went bankrupt. The Bitcoin market is constantly testing its “innovations in the crucible of a competitive market.” However, this article is not intended to discuss the specific characteristics of the two assets as collateral or to make any predictions about bitcoin’s volatility, but is intended to show the different use cases of bitcoin. I will show a comparison of the properties of both assets as collateral in a separate article.

In summary, real estate is not like bitcoin in the literal sense, but it is the most appropriate metaphor to describe the various applications of bitcoin and some of the opportunities it presents. Bitcoin is part of a fundamental step towards digitizing the world around us. It is a tool that will help society organize itself more efficiently. Just as the introduction of private property rights enabled the creation of cities, bitcoin enables a new way of wealth creation in the digital space (Bitcoin Magazine, 10 Year Anniversary Edition). It is a foundation for reaching the next great phase of economic advancement and the betterment of life on earth (”Bitcoin is Venice” p. 172).

This is a guest post by Leon Wankum. Opinions expressed are entirely their own and do not necessarily reflect those of BTC Inc or Bitcoin Magazine.

Why Bitcoin Is Digital Real Estate originally appeared on BitcoinMagazine.com 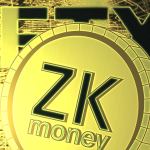 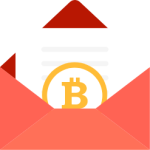