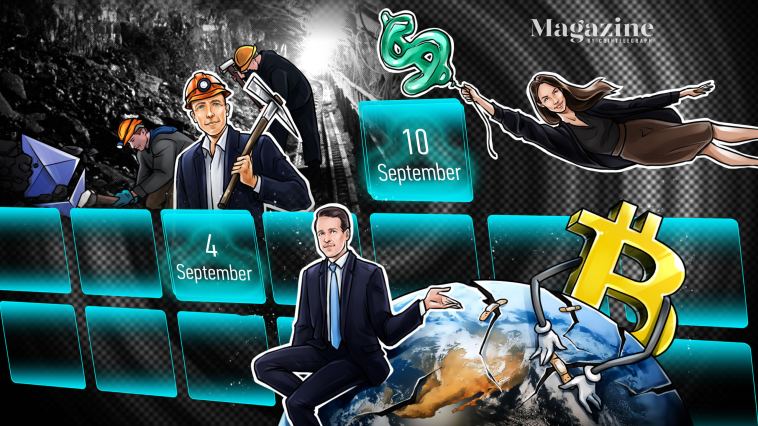 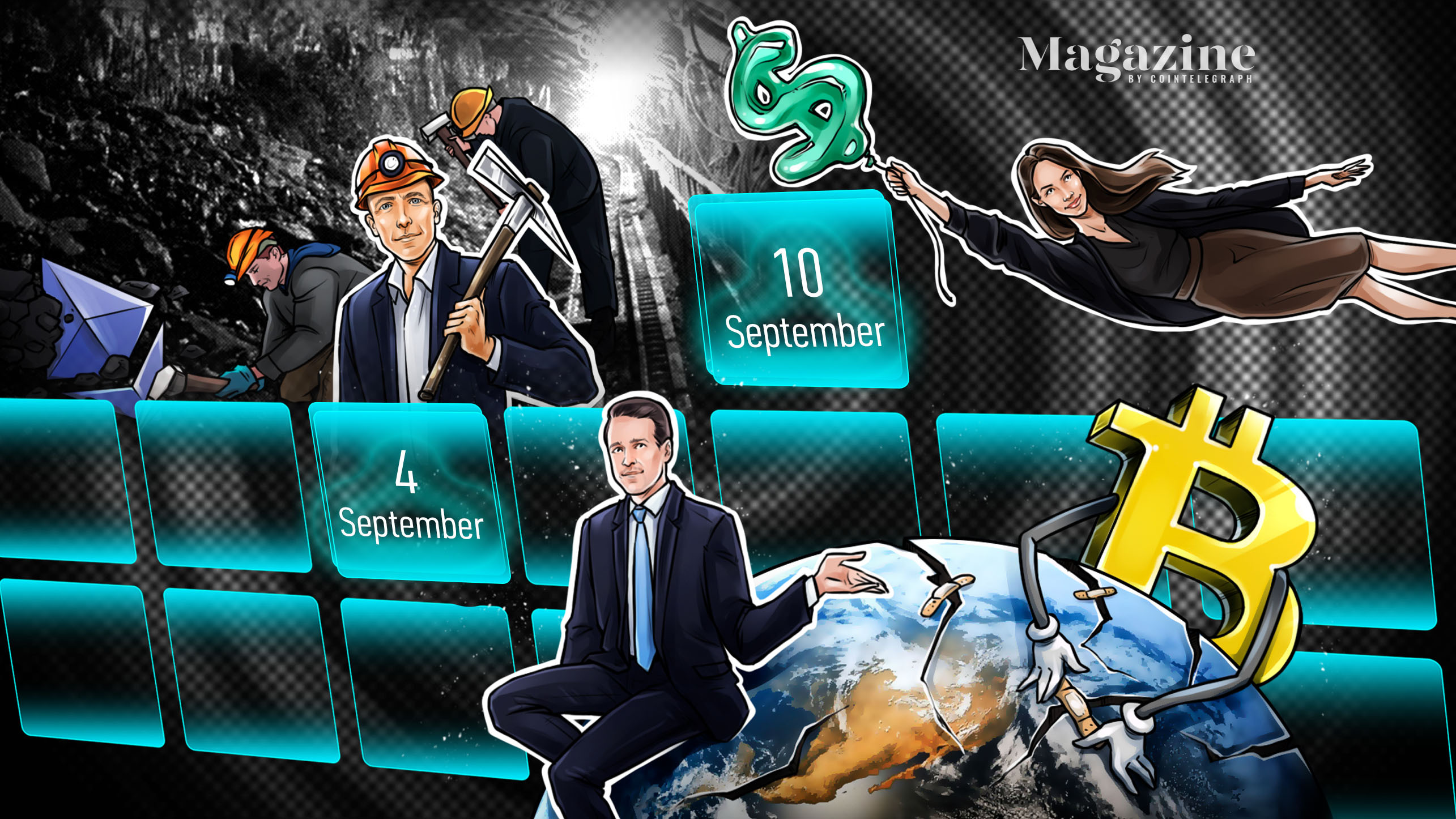 Coming every Saturday, Hodlers Digest will help you track every single important news story that happened this week. The best (and worst) quotes, adoption and regulation highlights, leading coins, predictions and much more a week on Cointelegraph in one link.

GameStop is teaming up with crypto exchange FTX US in a promotional partnership. So far, 2022 has seen GameStop pursuing increasing involvement in the crypto space, evident in its NFT marketplace launch and its new gaming division devoted to Web3. GameStop has a long-term vision for crypto involvement, according to CEO Matt Furlong during a Q2 fiscal year earnings call.

Crazy outcomes when current laws applied to NFTs and the metaverse

Billions are spent marketing crypto to sports fans Is it worth it?

DeFi vs. CeFi: Decentralization for the win?

Fake employees and social attacks: Crypto recruiting is a minefield

How to bake your own DAO at home With just 5 ingredients!

Binance: No plans to auto-convert Tether, though that may change

This week, Binance revealed plans to phase out three stablecoins on its trading platform: USD Coin (USDC), TrueUSD (TUSD) and USDP Stablecoin (USDP). The three assets, as well as associated spot trading pairs, will no longer be tradable on the exchange. In addition, Binance plans to terminate other services related to USDC on its platform, such as staking.

The transition is essentially an effort to centralize liquidity into the exchanges own stablecoin, Binance USD (BUSD), based on an explanation tweeted by CEO Changpeng Zhao. The exchange will convert users remaining holdings of USDC, TUSD and USDP into BUSD over a span of 24 hours, commencing on Sept. 29. A conversion of Tether (USDT) to BUSD, however, was not included in Binances plans, though that could change, according to a Binance spokesperson.

Russias central bank is expected to allow cross-border crypto payments to and from the country, but digital asset payments inside its borders will remain banned. The country banned crypto as a payment vehicle via previous legislation. According to Russian Deputy Finance Minister Alexey Moiseev, the governments new approach to crypto is a response to changing circumstances globally following Russias invasion of Ukraine earlier this year.

A statement to media outlet RIA Novosti from the Bank of Russia explained: It is important to emphasize that we are not talking about the legalization of cryptocurrency as a means of payment on the territory of our country. A day later, news came in regarding Russia reportedly looking to cooperate with so-called friendly countries to set up a stablecoin platform for cross-border payments.

Developments in the United Kingdom this week appeared positive for crypto adoption in the country. Among several comments about crypto, Economic Secretary to the Treasury Richard Fuller said: We want to become the country of choice for those looking to create, innovate and build in the crypto space. The U.K. now has a new prime minister in Liz Truss, who expressed in 2018 that cryptos potential should not be stifled in the country.

Crazy outcomes when current laws applied to NFTs and the metaverse

Billions are spent marketing crypto to sports fans Is it worth it?

DeFi vs. CeFi: Decentralization for the win?

Fake employees and social attacks: Crypto recruiting is a minefield

How to bake your own DAO at home With just 5 ingredients!

Biggest reason Im bullish on Bitcoin is because the world is not in good shape right now and Bitcoin is going to fix that.

Until they actually fix the supply side of certain things, like energy especially, but commodities broadly and logistics infrastructure, until that is improved, it’s hard to have a more persistent fix to the inflationary problem.

You cant walk into a Starbucks in America and pay with Swiss francs or pounds. Yet, both of these are real money. Context matters.

There will always be GPUs mining some GPU optimized chains, but I doubt we will return to the levels of revenue seen in ETH proof-of-work at its peak ever again.

Ethers price could decouple from other cryptocurrencies following The Merge, as its staking rewards will make it similar to an instrument like a bond or commodity with a carry premium.

I want to send a clear, strong message to everyone in the crypto world anyone offering to hand you free money is lying. It simply doesnt exist.

Pseudonymous crypto market analyst Filbfilb sees Bitcoin possibly dropping down to $10,000 inside of 2022. Macro global factors and mainstream market correlation could potentially impact Bitcoins price trajectory, according to comments made by the analyst during an interview. Among a slew of insights, Filbfilb noted the current crypto bear market has some similarities to previous bear markets, but also includes differences. The analyst showed notable accuracy in calling Bitcoins bottom during its last bear market in 2018.

Mark Alexander Hopkins, aka Rizzn on Twitter, claims hes facing a prison sentence of 6-to-15 months. The crime? Allegedly failing to secure proper regulatory licensing for his crypto business of peer-to-peer (P2P) Bitcoin trading. Hopkins home was raided by U.S. authorities in 2019. Hopkins, also known as Doctor Bitcoin, claims to have registered with the U.S. Financial Crimes Enforcement Network but complications arose as some of his P2P Bitcoin dealings were tied to a client involved in money laundering. Authorities claim Hopkins did not conduct due diligence on his customers, although he asserts otherwise.

Which countries are the worst for crypto taxation? New study lists top five

Crypto taxes vary globally. Coincub, a digital asset analytics provider, recently published a study naming the five least favorable regions for paying crypto taxes. Belgium took the cake for the country with the worst crypto tax laws, requiring citizens to pay as much as 50% in some cases, with 33% levied on crypto capital gains. Following Belgium on the worst crypto tax jurisdiction list: Iceland, Israel, the Philippines and Japan.

Bankrupt crypto platform Celsius faces allegations from the Vermont Department of Financial Regulation (DFR). The authority claims Celsius and its CEO Alex Mashinsky knew about the projects financial issues, but proceeded to mislead the public into thinking everything was fine. The allegations also cite market manipulation of the projects CEL asset. By increasing its Net Position in CEL by hundreds of millions of dollars, Celsius increased and propped up the market price of CEL, thereby artificially inflating the companys CEL holdings on its balance sheet and financial statements, Ethan McLaughlin, assistant general counsel for the DFR, said.

Powers On Insider trading with crypto is targeted Finally! Part 1

It took a few years, but government crackdowns on ‘insider trading’ involving digital assets have finally arrived. Its about time!

Just like everything else in life, theres ebb and flow to our fortunes and life circumstances.

Easing monetary policies, the decline of inflation, the change in Bitcoin’s mining difficulty, and growing confidence in DeFi are factors that point to a renewed surge for crypto prices.

The best of blockchain, every Tuesday

Subscribe for thoughtful explorations and leisurely reads from Magazine. 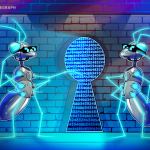 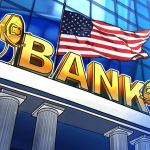