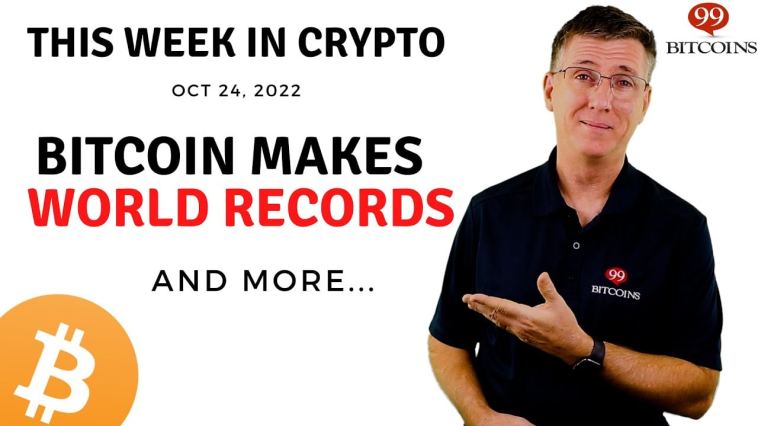 A major fiat currency is now as volatile as bitcoin, Walmart outlines a crypto strategy and Bitcoin enters the Guinness Book of World Records. These stories and more this week in crypto.

The British Pound is as Volatile as Bitcoin

Amid the United Kingdomâ€™s political and economic turmoil, Bitcoinâ€™s 30-day price volatility is now almost identical to that of the Great British Pound. This is a notable event considering that BTC was born in 2009, while the British Pound is one of the worldâ€™s oldest currencies, having been around for about a thousand years.

Walmartâ€™s global chief technology officer has revealed cryptoâ€™s role in the retail giantâ€™s future. CTO, Suresh Kumar said crypto will become an important part of how customers transact, and Walmart wants to make sure to make it as friction-free as possible for its customers to be able to make their purchases.

Leading European digital bank, N26 is following the likes of Revolut and Paypal by launching a crypto trading option. The new service, called N26 Crypto, will first be available to Austrian clients before expanding into the rest of Europe. The feature is powered by Bitpanda, an Austrian crypto exchange also backed by major investor, Peter Thiel.

Tether Brings USDT to the Masses in Brazil

Tether has announced that its USDT stablecoin will soon be available at more than 24,000 ATMs in Brazil. Users will be able to send USDT from any wallet to an ATM or deposit Brazilian reals at ATMs and receive USDT in their wallets. Stablecoins have been of increasing importance in Latin America, due to economic circumstances badly affecting local currencies.

The global police organization, Interpol unveiled its own metaverse, initially designed for activities such as immersive training courses for forensic investigations. Among other things, the platform will also help law enforcement across the globe to interact with each other via avatars indicating that more oversight of virtual worlds is imminent.

Polkadot Founder and CEO Steps Down

Polkadotâ€™s founder, Gavin Wood, has stepped down as CEO of Parity Technologies, the firm responsible for building the Polkadot and Kusama blockchain ecosystems. The computer scientist, best known as one of the co-founders of the Ethereum blockchain, will still be a majority shareholder in the company. Chief Commercial Officer and Polkadot co-founder, BjÃ¶rn Wagner, will assume the role of CEO.

Transactions on the Bitcoin Network got Stuck

The Bitcoin network failed to produce a block for over an hour, leaving 13,000 transactions stuck in an unconfirmed state for 85 minutes on the blockchain. Blocks are usually produced every 10 minutes but the delay was attributed to a difficulty adjustment that took place last week. While unusual, analysts say that the long interval doesnâ€™t signal a problem, but is simply a result of mere statistics.

Bitcoin has now been added to the Guinness Book of World Records with a variety of entries. Researchers put Bitcoin in its â€œfirst â€ category as the first decentralized cryptocurrency, marked the first bitcoin transactions, and highlighted the first country to adopt Bitcoin as legal tender. The 20 bitcoin-related entries suggest that Bitcoin is increasingly recognized by mainstream and traditional media sources. 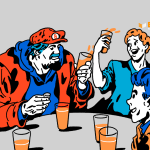 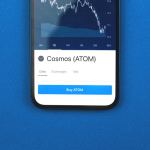