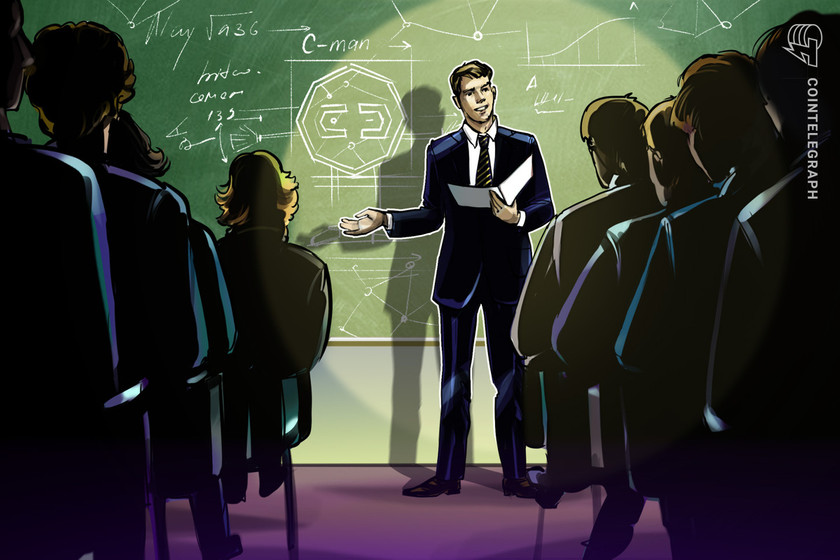 The University of Wyoming is embracing cryptocurrency staking as an innovative way to raise revenue.

The University of Wyoming is allocating $4 million to running nodes and staking at least three cryptocurrencies.

The news was shared to Twitter on April 28 by Caitlin Long, a Wyoming Blockchain and Fintech Select Committee appointee and founder of Avanti Bank & Trust — a local bank servicing the digital asset sector.

NEWS NOT REPORTED YET: State of #Wyoming appropriated $4m for nodes/staking in at least 3 cryptocurrencies, run by Univ of Wyoming. This kickstarts program where gains from this pool, if matched by private donations, go to fund UWyo! @rothfuss https://t.co/LDul3iGtS4 pic.twitter.com/KxFVm5YhLp

The documentation posted by Long notes the University appropriated $4 million from the state’s strategic investments and projects fund to establish, operate, and maintain “nodes and staking pools for no less than three publicly tradable cryptocurrencies.”

The revenues generated by the University’s staking pools will first be mobilized to cover operational costs, and then to repay the $4 million to the state’s investment fund. Once the investment has been repaid, profits from the University’s staking will be distributed “to support blockchain programs and activities at the university and community colleges throughout the state.”

The expenditure of profits generated through staking is conditional on the University matching every $1 appropriated from the investment fund with at least $2 in either private donations or from the campus’ reserve accounts.

Chris Rothfuss, the senate minority leader of the Wyoming Legislature and Chairman of the state’s Blockchain and Fintech Select Committee, praised the committee’s “herculean effort” in getting the legislation passed.

Herculean effort by Blockchain Select Cmte Reps @itsmikeyin @JaredSOlsen and @CyrusWestern getting this across the finish line and on the books! pic.twitter.com/2aXlF2cz8M

Many Twitter users have responded to Long’s post with speculation that Cardano (ADA) may be one of the assets the University is intending to stake.

One commenter shared a link to information on a staking pool identified by CardanoStaking.info as being operated by the University of Wyoming’s Advanced Blockchain Lab. As of this writing, the pool has minted less than 10 blocks, and has pledged roughly $60,000 worth of ADA.

In February 2020, IOHK, the company behind Cardano, donated $500,000 worth of ADA to the university’s blockchain lab to advance its research.