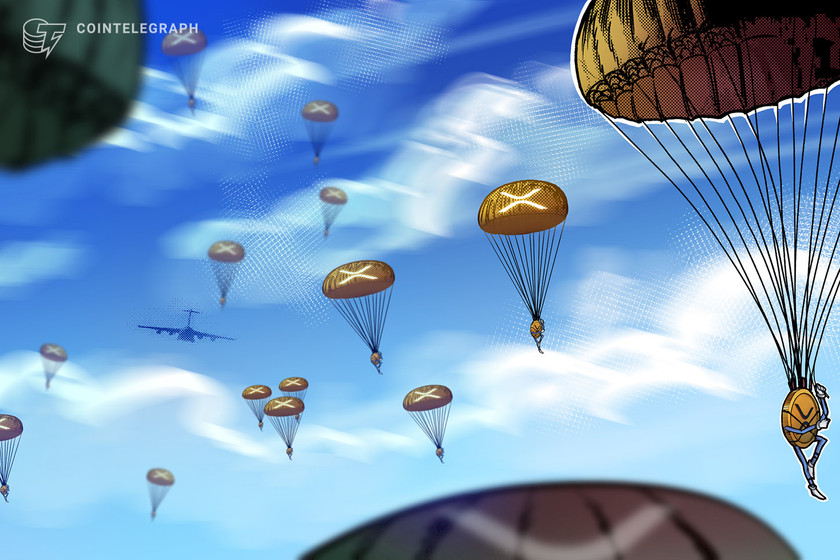 Despite the snapshot on Dec. 12 for the upcoming FLR airdrop event, XRP’s value has not gained much ground, staying put at around $0.50.

While Bitcoin (BTC) has hogged the majority of the mainstream limelight when it comes to the recent bullish action seen in the crypto market, the altcoin XRP has also surged over the past month, breaking out of a multiyear downtrend to regain some previously lost momentum. For example, in March, the price of XRP against the U.S. dollar was hovering around the $0.15 mark, only to scale up to a peak high of around $0.80 by the first week of December.

However, despite all of the aforementioned positive developments, the value of XRP has not been able to break past the psychological barrier of $1. Not only that, even with news of the upcoming Flare Network airdrop, for which a blockchain snapshot took place successfully on Dec. 12, the third-largest cryptocurrency by total market capitalization has not been able to make any major monetary strides and currently sits at around $0.50.

The Flare Network, a startup backed by Ripple, began the process to distribute Spark (FLR) tokens at 12:00 a.m. UTC on Dec. 12 in a one-to-one ratio based on the XRP holdings that were held on participating exchanges. Additionally, even Ethereum wallets like Metamask and Ledger are allowing their users to participate in the event. Though balances will be settled this month, the final token distribution will take place during 2021.

Technically speaking, the Flare Network seeks to devise a two-way bridge connecting XRP to the Ethereum ecosystem by integrating the Ethereum Virtual Machine into its digital framework. As a result, it will become possible to make use of various advanced smart contracts on the XRP Ledger.

FLR airdrop indicative of something big for XRP?

Many new projects offering decentralized finance solutions have cropped up recently within the cryptosphere. Meanwhile, the “old time” digital currencies like XRP have from the very beginning operated in their own sphere, boasting of strong communities and networks of partners.

Thor Chan, CEO of AAX — a cryptocurrency exchange — told Cointelegraph that XRP’s move to partner with the Flare Network is about more than just a simple airdrop, as the move will bring smart contract functionalities to the XRP Ledger and the community, adding: “Despite trading downwards for the past week, $0.9 is still within reach in the short to medium term for XRP, especially if sentiment around BTC remains as bullish as it’s been in recent weeks.”

Reuben Merre, CEO of cold-wallet solutions provider Ngrave, believes that the Spark token drop should be treated as a “buy the rumor sell the news event.” He is confident that by this point in time, the value of the airdrop has already been factored into the value of XRP and that, if anything, a further downside beyond the $0.5 level seems probable.

The Ripple project has always looked extremely promising, with many believing that the ecosystem was exactly what the banking sector needed to revolutionize its existing, outdated transactional protocols. However, following the announcements made by China and several other countries regarding the development of their own central bank digital currencies, the need to globalize Ripple has begun to dwindle.

Mikhail Karhalev, an analyst for Currency.com — a London-based tokenized-assets exchange — told Cointelegraph that over the last couple of years, Ripple has been faced with an increasing amount of competition not only from Stellar and other similar independent projects but, more importantly, from state governments around the globe. He added:

“The chances of winning such a race are extremely small. Moreover, the SWIFT system also announced the launch of its ‘gpi Instant service’, which will allow users to send cross-border payments around the clock and in only a matter of seconds.”

Lastly, it stands to reason that the distribution of Flare Network’s project tokens may play a negative role in relation to XRP’s value because buying a token against the background of an airdrop seems like an attempt to snatch additional profit. For example, the fact that XRP’s value crashed by 8% following the snapshot suggests that some people held onto XRP as a means of benefitting from the airdrop but then sold as soon as the Flare Network recorded their XRP holdings.

Ongoing bull wave may not be indicative of XRP’s future

Though XRP has performed strongly since the last week of November, it seems as though the primary reason the altcoin has been able to garner so much market support recently is due to Bitcoin surging to an all-time high of $19,892. Furthermore, big-name players investing mainly in Bitcoin may have pushed newer, more casual crypto enthusiasts to invest in other currencies.

In this regard, during the month of November, BTC went up by 40%, while Ether (ETH) grew by 53% and XRP by 166%. However, while Bitcoin and Ether reached their highs at the very end of November, Ripple reached it on Nov. 24 — demonstrating an increase of 230% since Nov. 1 — after which it slightly fell in price. Karhalev pointed out: “The faster momentum growth was likely related to the Flare Network airdrop, as crypto enthusiasts were eager to buy more XRP in order to get more FLR and thus double their benefits.”