Even without smart contract functionality, Cardano developers have found ways to mint and sell NFT collectibles.

Despite not yet having functional smart contracts on the layer-one, intrepid Cardano developers have recently hacked together methods to mint bootleg nonfungible tokens. These experiments in hosting unique data on the blockchain are reminiscent of the pre ERC-721 standard era for Ethereum — and, what’s more, so far they’ve proven to be enormously popular with token drops routinely selling out.

In a post on Reddit today, ADA Technology Management (ATM), a staking pool operator for Cardano, revealed what they claimed to be two NFT images they’d minted on the chain. In the thread the company said they were planning to offer NFT minting as a service to pool delegators.

The so-called NFTs come with a number of caveats, however. Because Cardano doesn’t yet support smart contracts or have a NFT token standard, in order to create a NFT users mint a native token one-of-one native token.

“Tokens on Cardano are native and are on the same level as ADA. Instead of smart contracts, so called “minting policies” control the flow of a certain token group. NFTs are basically tokens on Cardano with a quantity of 1,” explained Alessandro, the self-described “brains” behind SpaceBudz, a Cardano-native collectibles project and the author of a Cardano Improvement Proposal to establish a Cardano NFT metadata standard.

@spacebudzNFT sales are starting to get a little bit crazy

Developers can then embed in the token metadata a link to an Arweave and/or InterPlanetary File System address where an image is stored. One example NFT shows that the “metadata” section of a mint transaction includes a link to a IPFS address which displays the associated SpaceBud. The end result is a wholly unique token permanently recorded and transferrable on the Cardano blockchain — a NFT by many, if not all, definitions.

Despite the extra hoops developers have to jump through to create them, the NFTs have proven to be enormously popular with users.

According to Alessandro, SpaceBudz sold out all 10,000 NFTs in just three days at a price of 50 ADA per, and there’s already an eager secondary market where especially rare SpaceBudz have sold for as high as $40,000.

Even before SpaceBudz, CardanoKidz was working on Cardano-native NFTs as early as August 2020. Multiple pre-sale rounds sold out “within hours of launch,” according to Zac, a member of the CardanoKidz marketing team. One Satoshi-inspired Kid sold for 32,000 ADA even before the tokens were minted, and the NFTs themselves went live in late March.

Zac credits tools like a community-developed token and minting policy tracker for helping to make developers’ lives easier. The official Cardano developers, IOHK, appear to be embracing the new vertical as well, as lead engineer Polina Vinogravoda gave a quick tutorial on minting NFTs on the chain on Tuesday.

A host of other projects round out the upstart ecosystem, including CryptoPunk-inspired CardanoBits, and minting platform CNFT. While still rudimentary, the NFTs on Cardano are cheaper than those on Ethereum as well: minting a native token costs roughly 2 ADA, or $2.50.

While the developers working in this nascent community have managed so far, ultimately they’re excited for smart contracts to make their lives easier.

“We can’t wait for smart contracts to arrive for more functionality but we had JUST enough tools and experience to make NFTs work on Cardano,” said Zac. “It’s been an incredible journey so far.” 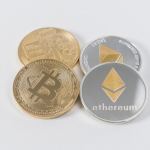