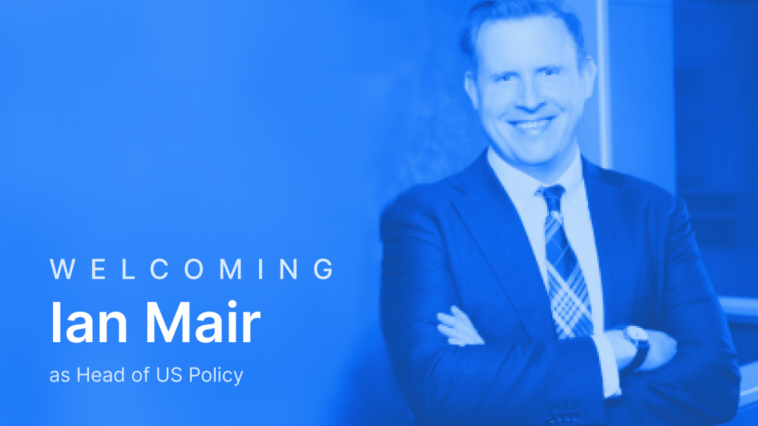 What started as a white paper became a movement and is now the future of finance. Our community knows it and regulators are catching up. The next 18 months will be critical to the creation and adoption of a permanent regulatory framework for crypto around the world — but if you’re not at the table, then you’re on the menu! That’s why I’m pleased to announce that Ian Mair has joined us as Head of U.S. Public Policy.

Based in Washington DC, Ian was most recently Vice President at The Smith-Free Group. He spent the last eight years playing an instrumental role advising fintech and crypto clients on legislative and regulatory matters, and advocating for the industry before both lawmakers and regulators. At Smith-Free, Ian regularly met with members of congress, congressional staff, think tanks, advocacy groups, and many other stakeholders in the policymaking ecosystem. He closely tracked congressional and regulatory proceedings to formulate and execute detailed advocacy strategies, and helped lobby multiple bills from legislative draft to public law. As an Internet Law & Policy Foundry fellow, he’s been immersed in the crypto legislative and regulatory process since the start.

Last year the U.S. Congress passed more than 30 bills related to crypto and nearly a dozen Federal agencies enacted rule making related to digital currency. As the U.S. Federal government and states alike start to delve into crypto, it’s critical for sector leaders like Blockchain.com to be actively engaged. Ian’s focus is to be instrumental in building out Blockchain.com’s state and federal U.S. policy presence as the company engages with policy makers and regulators. By working together in the beltway and in the State Capitals, we’ll be able to build the rules by which crypto will continue to thrive.

Welcoming Ian Mair, Head of U.S. Policy was originally published in @blockchain on Medium, where people are continuing the conversation by highlighting and responding to this story. 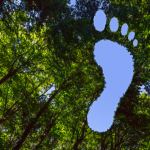 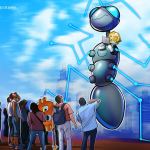