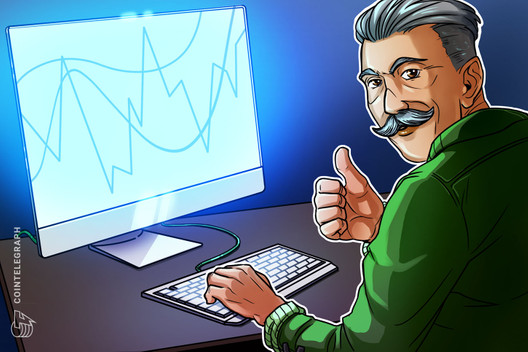 Peer-to-peer Bitcoin trading in the United States has surged to post its strongest weekly volume on record, with almost $29 million trading on Localbitcoins and Paxful.

Peer-to-peer Bitcoin (BTC) trading activity in the United States surged to a new all-time high during the week of June 7, according to data published by UsefulTulips.

Over the past seven days, nearly $29 million worth of Bitcoin has changed hands for U.S. dollars on leading P2P marketplaces Localbitcoins and Paxful.

The past week saw only North America and Middle Eastern/North African trade increase, with all other regions posting slight declines in seven-day volume.

Over $24 million in Bitcoin changed hands on Paxful in the United States alongside $4.6 million traded on Localbitcoins.

After posting over $8.4 million in weekly trade for the last week of April, a 7.5% drop in Russian P2P volume has seen the gap between it and Nigeria’s markets widen — with $7.81 million in Bitcoin changing hands this past week.

Venezuela, the fourth-largest P2P market saw trade increase by a couple of percentage points for the week of June 7, edging past $5 million for the second time since February.

P2P trade between the British pound and Bitcoin edged past $4 million this past week, followed by China with $3.87 million, Colombia with $3.06 million, and India with $2.87 million.