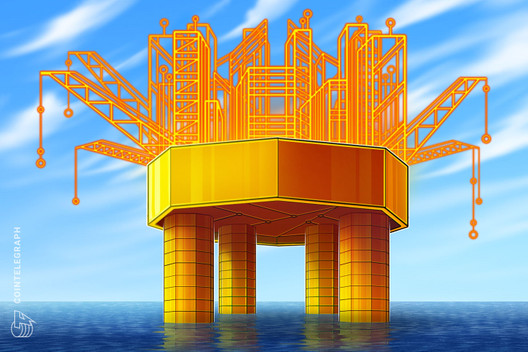 A newly launched DeFi platform promises to always find the best yield for its users by taking advantage of variable interest rates and reward schemes.

A new decentralized finance platform is set to ride the yield farming wave by automating the process of finding the most efficient opportunities for its users.

The platform, Rari Capital, automatically moves user funds to the highest yield platform. At launch, Rari plays only with the yield differences between Compound and dYdX, constantly rebalancing between one and the other as their dynamic interest rates change.

Rari only supports yield on stablecoins, but an integration with 0x allows users to automatically sell their cryptocurrency when depositing on the platform. Once deposited, Rari will automatically swap between Dai, USDC and USDT to maximize yield and arbitrage their deviations from the dollar peg.

Since it uses Compound, its users will also be entitled to COMP rewards for using the platform. As Jack Lipstone, a Rari co-founder, told Cointelegraph, the fund will automatically liquidate all the COMP and distribute it to the users every three days.

The team claims that the annualized yield achieved through the platform is triple that of just Compound, despite the yield farming mania.

The system uses a tokenized share system like the one first introduced by Compound with its cTokens. When committing capital to Rari, users receive a Rari Fund Token representing their share in the pool. At any point, the token can be redeemed for the underlying funds, plus any yield accrued. The token is fungible, meaning that shares can be transferred and exchanged in a similar manner to Compound tokens.

The downside of using Rari is the performance fee of 20% on the accrued yield, similar to that of many traditional hedge funds. Lipstone revealed that a potential future for Rari involves entering traditional markets and “becoming an ETF,” though that is far in the future.

Rari’s launch is one of the first new projects to subscribe to the Guarded Launch concept outlined by Ken Deeter, partner at Electric Capital. While Rari was audited by Quantstamp and independent researchers, it is still limiting deposits to a maximum of $350 for the initial period. This ensures that any potential weakness in its smart contracts will not result in significant losses for its users.

Security precautions also mean that Rari will not engage in high-risk strategies like aggressive yield farming on Compound. Given that the reward scheme distributes funds to borrowers as well, some enter into leveraged positions on the platform by recursively lending and borrowing assets to maximize their share of COMP. This approach can expose the “farmers” to fluctuations in market prices, which could liquidate some of their positions.

The system is not fully decentralized yet as the rebalancing mechanism is centrally operated, though it relies on a whitelist that can only send funds to the protocols it works with.

Nevertheless, given the plethora of yield opportunities in DeFi, Rari is likely to be quite helpful for those who do not have the time to find the best opportunities on their own.

This Platform Automates DeFi Yield Farming for Its Users originally appeared on CoinTelegraph.com