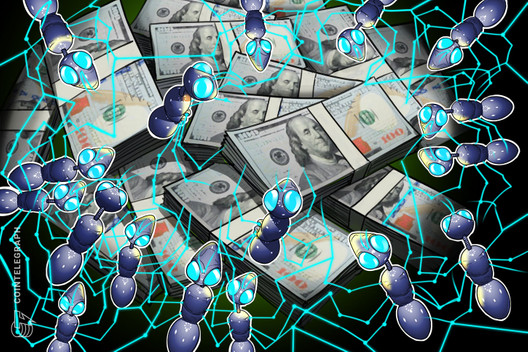 There are two sides to every story.

SushiSwap, an upcoming DeFi protocol forked from Uniswap’s decentralized exchange, has grabbed numerous headlines in recent days. One such story pointed out that the project’s pseudonymous head, known only as Chef Nomi, maintains access to $27 million in Sushi tokens.

Cointelegraph reached out to SushiSwap’s founder for further clarification in an attempt to ensure fair reporting, but the developer relayed their disinterest, simply responding:

“I don’t have time for interviews. Sorry.”

Often times projects in the crypto space have a store of funds set aside for project development and the like, complete with specific safeguards. One safeguard might see the assets out of reach unless unlocked by a group vote on the blockchain — a type of division of power. Chef Nomi, however, appears to hold full access to these funds themself.

“It’s the devshare,” Chef Nomi wrote in the project’s public Discord chat in response to Cointelegraph’s previous article concerning the fund. “I’m using it for development as specified in the original SushiSwap article,” he added, referencing the project’s launch article.

“I do have full control,” Nomi said of the fund, adding:

“In theory I can sell all of them, but I don’t see anything wrong with it. It’s the devshare and it’s [been] specified in there since the beginning. It’s not like I’m hiding that or anything. I [will] also spend for 2 audits. I will spend for the grants I just published a few hours ago.”

While the exchange portion of SushiSwap’s platform is not yet live, thousands of interested parties have locked Uniswap LP tokens in Sushi’s smart contracts with the hope of generating yields of the platform’s token. As of Sept 1, SushiSwap accounted for 77% of the value sealed up in funds on Uniswap. As a result, the project’s total TVL had risen above $1B within days of its initial launch.

Chef Nomi additionally said that audits of the project’s smart contracts are progressing well. He revealed that they are currently working on one pertaining to “migration contracts and procedure,” and teased that the audit’s findings may be released soon.

Despite calls from some in the community to limit the supply of SushiSwap’s token, Chef Nomi did not appear interested in the idea. He said that there would be no hard cap put in place for the asset and no  asset burns for the foreseeable future. He also claimed indifference regarding Sushi’s recently-falling price amid a bearish day across all markets.

“I’m not here to build [some] stupid farming game. Farming is just the means for fair distribution. If you want gambling maybe go with other clones I see popping up a lot.”

Several days ago, a Twitter user uncovered a potential vulnerability in SushiSwap’s framework. They claimed that whoever controls the SushiSwap migrator could potentially pilfer the more than $1 Billion in value held within. If this happened, it would be one of the biggest heists in Blockchain history.

Even further new developments see Nomi saying that governance over the aforementioned fund is not at the top of his list of tasks. “I will transfer my control to some kind of governance but that’s not my priority right now,” he said on Discord on Sept. 2.

Noting the topic and Discord message in a Twitter thread on the same day, Adam Cochran, partner at Cinneamhain Ventures, explained:

“While I want so badly to believe in the project because a community owned AMM would be great, if you have a $27 million dev fund at the center of your anon project that you refuse to lock up and think is not a priority – that’s a red flag.”

Although authorities have largely tamed much of the Wild West of crypto, the industry is still developing at a lightning fast pace, leaving many unknowns at play when it comes to innovation.

SushiSwap’s founder emphasizes that the $27M they hold is for devshare originally appeared on CoinTelegraph.com