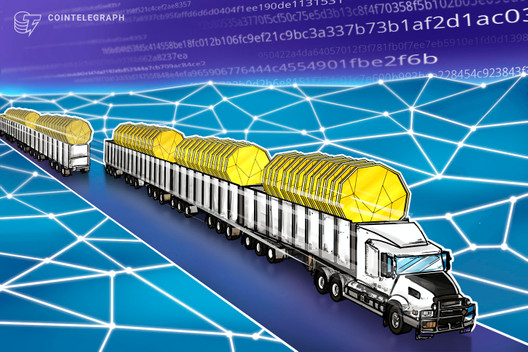 SushiSwap, one of the latest decentralized finance, or DeFi, projects to overtake the Blockchain space, has turned a major page in its short life span. As of September 9, the protocol has officially completed a migration over to its own decentralized exchange platform.

“Done,” SushiSwap head Sam Bankman-Fried said in a tweet at 3:10 p.m. EST, concluding a thread about the project’s migration.

Several hours prior to the transition’s completion, Bankman-Fried laid out plans for the migration on Twitter, subsequently posting updates throughout the day, which included testing and specified individual token migrations.

SushiSwap came into existence a little over a week ago as a fork of the decentralized exchange, Uniswap. Within a few short days of SushiSwap’s launch, it already accounted for 77% of the locked value held on Uniswap.

To say the project has received significant attention would be putting it mildly. The platform, with its SUSHI asset, has also waded through its fair share of drama, largely around its leader, Chef Nomi, and a $27 million developer fund which Nomi reportedly controlled. In a plot twist that may seem inevitable in retrospect, Chef Nomi did indeed make off with a significant portion of these developer funds before passing off the project to Bankman-Fried, the current CEO of the FTX exchange.

“My sense is that they did care about SushiSwap and wanted to do well and were working hard for it,” Bankman-Fried told Cointelegraph of the anonymous Chef Nomi. Greed may have ultimately overtaken Nomi, however, the FTX CEO speculated, noting that he does not think SushiSwap was a premeditated scam.

As of this publication, SushiSwap is now the largest decentralized exchange in the world by liquidity.

SushiSwap has officially migrated away from Uniswap after a week of ups and downs originally appeared on CoinTelegraph.com