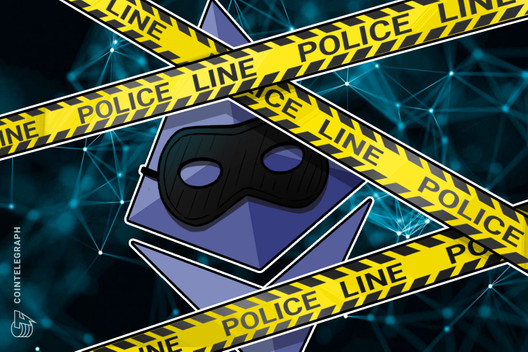 The Seoul Metropolitan Police Agency launched a criminal investigation on June 12, leading to the search and seizure of two unnamed cryptocurrency exchanges. These efforts were enacted with the hope of dismantling an Ethereum (ETH) crime ring worth $41.5M.

According to Joongang Ilbo, the alleged crime network promoted its business model as a multi-level marketing scheme, or MLM. More than 1,500 people are believed to have sent their crypto assets to the scammers.

Reports indicate that the company’s CEO, identified by the name “Mr. Shin,” was investigated and received a court order prohibiting him from leaving the country while authorities conduct their investigation. Police indicate Mr. Shin is one of at least 100 individuals being watched by authorities.

Another suspect, known as “Mr. A,” is also being monitored. As an executive of one of the exchanges, he allegedly promised “huge returns” for ETH investments.

Number of victims may exceed 1,500

As of press time, 433 investors have filed complaints with the police, alleging that they were unable to withdraw their funds from the scheme. Attorneys speaking on behalf of the victims have said that there could be 1,000 more individuals who have yet to approach the police.

Cointelegraph reported on June 2 that the value of ill-gotten funds siphoned through cryptocurrency crimes over the first five months of the year stands at a whopping $1.4 billion.