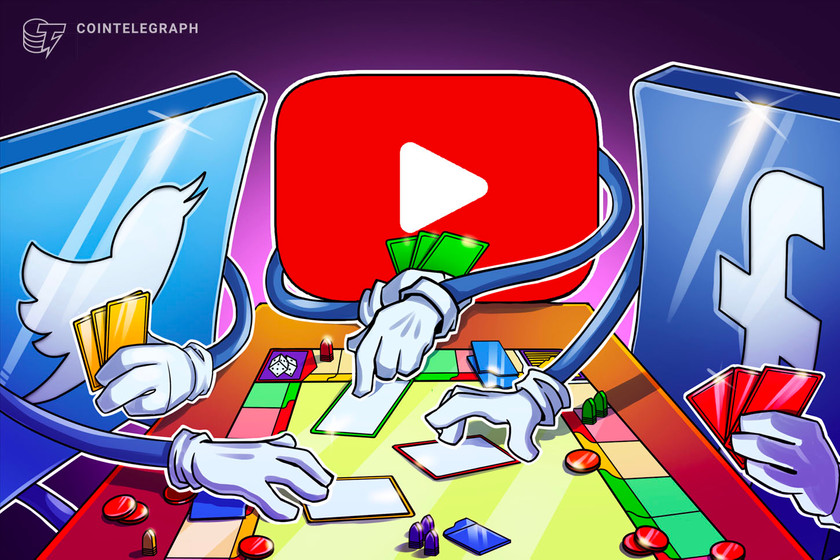 What lies at the heart of the current problems with social media? What can and cannot be fixed?

Over the past 15 years or so, social media has gained tremendous traction. Facebook, Twitter and YouTube have reached soaring heights as companies. Social media has its benefits, such as global connectivity and low barrier to entry. It also gives people a platform for expression. The sector has taken a dark turn in recent years, however, igniting aggression and spreading false information, while, at the same time, raising questions of censorship. Eric Yang, founder and executive director of Junto — a nonprofit decentralized social media startup — sees three main issues with the current landscape.

The first of the three issues mentioned by Yang relates to governance, which is essentially the people or entities tasked with a given platform’s overwatch and management. “A lot of these companies are set up as for-profit institutions that have a fiduciary obligation to their investors,” Yang told Cointelegraph in an interview.

Essentially, profit drives said social media entities as their actions impact investors’ pockets, Yang explained. These giants often lure users in with a seemingly free platform for interaction, while selling those users’ information and data for profit, in tandem with advertising tactics and other measures. Looking out for themselves instead of users, these social media giants maintain their digital platforms with such profit tactics in mind, while playing on customers’ psychological weaknesses, Yang posited.

Centralization also comes into play as an issue. “By nature, it’s not sustainable,” Yang said. At present, social media businesses wield significant power. One entity can essentially control the perceived reality of a large amount of the global population, censoring content while also manipulating the content people see, not to mention deciding how to handle customers’ data, Yang believes.

Summing up the three main issues he sees in social media, Yang noted: “The first one is really a business-model problem and then that influences the second one, which is the harmful user experience design, which shapes the type of digital culture we see.” He added, “The third one would be the centralization of the technology and information.”

Many startups have arisen over the years, boasting alternative decentralized social media options, such as YouTube alternate DTube. Yang’s nonprofit, Junto, serves as one example. The Junto Foundation oversees the social media platform. Junto is not based on blockchain, however, but statedly achieves decentralization through a distributed ledger solution called Holochain.

Other approaches have also surfaced in recent years, aiming to fix the current landscape rather than shift people to other platforms. A solution from Discussions.app, with help from Telos, for example, essentially records users’ information from current social media platforms via blockchain.

CT: It seems that it’s not just the platforms, but also people’s behavior on social media. People are not nice sometimes. How does that play into all of this?

EY: We believe human behavior is just a by-product of the environment that we find ourselves in. Obviously there’s always going to be a spectrum. Some people will be kind and some others won’t be, but there are things that you can do to shift that culture along the more positive end of the spectrum and that’s why we’ve been really focused on redesigning the fundamentals of a lot of the user experience that we’re used to on social media.

For example, in the current paradigm, if you have algorithms that only reinforce what you already believe, and that creates a hyper attachment to opinions, that creates more divisiveness. If you have these algorithms that also just show you things that are highly provocative because that’s what drives engagement, then you’re going to be incited more. Or, if you have a lot of these rating metrics that are public, that creates more of a competitive superficial atmosphere rather than one that is shaped by authenticity and genuine self-expression.

For us, I really believe that more human-centered and conscious design patterns in and of themselves will go a long way in encouraging people to be more respectful, more empathetic, and have more meaningful discussions on the platform.

CT: What can be fixed about the whole situation with social media?

EY: I think a lot can be fixed. I tend to be more optimistic about the situation. I think from all the three things that I mentioned previously of what was broken, like the governance and revenue models — I think that can be fixed. For us, we’ve set this up as a nonprofit to steward the project. This is so that early on, we’ve established this foundation for us to maintain the integrity of what we’d like to do moving forward and to really ensure that all of the resources get allocated toward the mission and not to make any shareholders rich or have any third parties be able to dilute our direction.

Then there’s the whole issue with the social dilemma and culture that we are used to and I think that can also be fixed, again with infusing the right intentions and ethics to the design of the platform. Finally, the issues with censorship, privacy, ownership of data, things of that nature that are issues because the technology is centralized, I believe can be solved with a distributed approach.

CT: What issues can’t be fixed?

EY: I think the issue of moderation is extremely difficult, and you’re seeing a lot of centralized companies today struggle with that. There’s massive overhead in hiring people, and those people often get PTSD [post traumatic stress disorder] because they’re looking at a lot of the same graphic things over and over and over again.

Also, it becomes a pretty intense philosophical discussion because why should one organization that is not representative of the diversity of the entire world have the power and ability to dictate what, in the case of Facebook, billions of people should, can and can’t see? And why are we as individuals willing to give up our power, and even calling for that? Some people are calling for that in congress, like more regulation, more censorship. Truth is very subjective. Everyone’s perception and perspective is different, and I think that this issue of being able to essentially moderate through a centralized context is impossible.

This interview was edited and shortened for clarity.

Social media problems and solutions: ‘Centralization is not sustainable’ originally appeared on CoinTelegraph.com