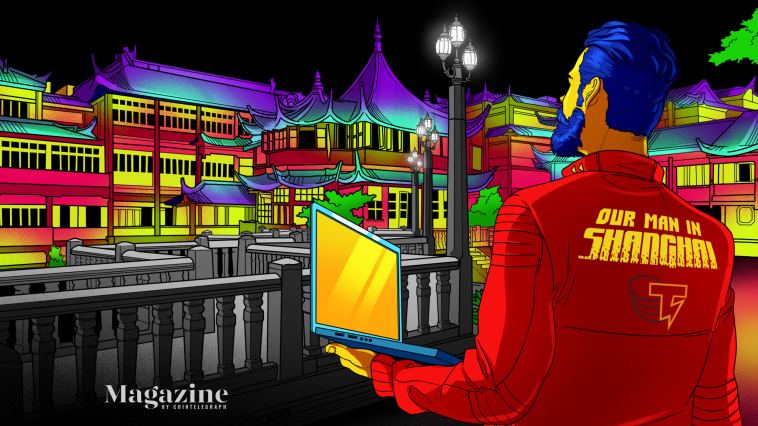 This weekly roundup of news from Mainland China, Taiwan, and Hong Kong attempts to curate the industrys most important news, including influential projects, changes in the regulatory landscape, and enterprise blockchain integrations.

Its been over half a year since the crackdowns began in China and pressure from the top-down government is still being enforced. Most projects operating from within China are finding ways to skirt regulations by focusing on the technological aspect, but few are in a very enviable position. Among other issues, finding talented individuals to hire will certainly become more difficult as conservative-minded local citizens will have concerns about safety and the sustainability of the industry.

At home with new policies

Some projects, like VeChain, are using the opportunity to focus on their blockchain-as-a-service technology and are well positioned to continue operations. Blockchain has always been viewed as an important technology for China, especially when used for things like food safety and other socially-responsible applications.

Last week the smart contract platform boldly attended Chinas acclaimed International Import Expo, where it showed off its traceability system alongside long-term partners PwC. The expo was even bigger than usual this year due to this marking the 20th anniversary of China joining the WTO. Chinese president Xi Jinping gave a speech via video to celebrate the opening of the expo, noting as usual how China is successfully opening up and developing.

During the 4th #CIIE, VeChain joined @PwC in the discussion around Air Trace. We are proud to attend this grand event and showcase our advantage in low code blockchain development, which will power more significant digital initiatives in the future. #CIIE2021 pic.twitter.com/jUb3HeUz5D

Enterprise solutions on public blockchain were all the rage a few years ago, but now fewer and fewer competitors to VeChain exist, as most have pivoted to DeFi solutions or simply gone quiet. The real challenge will be to convince Chinas organizations to adopt a truly public solution, rather than a consortium model without all the decentralized bells and whistles.

Tech giants such as Alibaba and JD.com have their own private solutions which may be just close enough to true blockchain technology for public officials to gloss over the details.

The gossip columns were abuzz after OKEx founder Star Xus LinkedIn status suddenly displayed he was in San Francisco. The leader of the second largest exchange by volume had been under scrutiny this year considering the harsh regulations coming towards exchanges. His abrupt arrival in the US indicates that OK Group is serious about its divorce from China, and will be able to target new markets without fear of disruptions from law enforcement. OKEx has enjoyed strong growth in the past few months are now pushing hard on the GameFi and NFT segments, hoping to gain an edge over the competition.

Huobi, on the other hand, seems to be placing its bets on Singapore, where it hopes to rebound after a rocky third quarter of 2021. Huobi Global announced it was exiting the country, opening a path for Huobi Singapore to make a compliant entrance.

Users will have till March of next year to switch to the Huobi Singapore service, at which point their Global accounts will be closed. Singapore has been a safe haven for many of the industrys largest players, leaning on a progressive regulatory environment, high quality of life, and a multi-cultural atmosphere for both English and Chinese speakers to feel at home.

Continued crackdown on media and mining

On October 13, top blockchain media companies received notice from the Cyberspace Administration of China ordering them to stop their operations. Among them were ChainNews and Block123, two of the more established platforms.

Servers on Alibaba Cloud cut off relevant services, turning off the APP and web page. Twitter and Telegram channels were naturally not affected, making overseas outlets one of the few places where Chinese users could go for information. This requires some additional networking tools to get around the great firewall, but should have the intended result of eliminating excessive retail speculation while allowing the true tech adopters to still take part.

In other regulatory news, the Chinese government has warned State-owned enterprises to stay away from cryptocurrency mining activities. Many public services, such as electric companies, phone companies, and oil companies still are owned and operated by party-backed organizations.

Jobs within these enterprises offer a lot of perks with benefits and stability, but often come with lower salaries than the private sector. Corruption and under-the-table deals were traditionally an easy way for these employees to boost their earnings, but since Xi Jinping took office and made anti-corruption a key issue, the risk of exposure has shot through the roof. Already, one official from Jiangxi has fallen victim to these crackdowns, and been expelled from the party and office.

Crypto kids fight Facebook for the soul of the Metaverse

6 Questions for Daniela Barbosa of Hyperledger 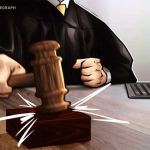 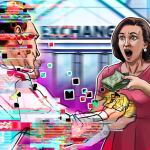