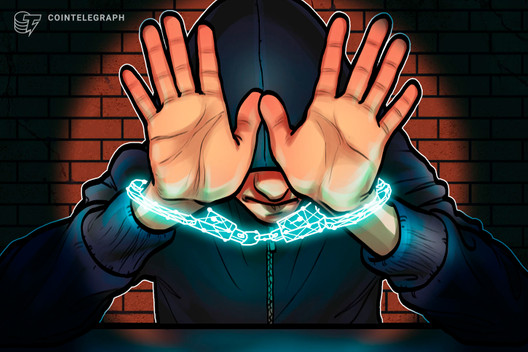 Rogue actors are swarming Uniswap with fake tokens designed to capitalize on the growing DeFi hype to defraud investors.

It’s hype season in the crypto space once again, and unsuspecting investors are at risk of suffering losses. Riding on the coattails of decentralized finance tokens that have provided staggering yields, rogue actors are flooding automated market makers like Uniswap with fake tokens.

These schemes range from the elaborate to the downright lazy, but many seem to be hitting their mark, likely preying on the greed or ignorance of newbie crypto enthusiasts. Survivors of the many pump and dumps that dominated the 2017 initial coin offering era can probably identify the repeating pattern currently at play. Indeed, critics of the emerging DeFi yield farming bubble say the phenomenon is no different from the ICO mania of the last crypto bull cycle and some sizable losses are to be expected very soon.

Crypto purists may feel that the unbridled activities occurring in the new-age DeFi scene are creating a new degree of “shitcoin-ism.” Given the high probability for investor losses, regulatory action against the burgeoning DeFi space might be close at hand.

Back in 2019, numerous commentators were already expecting DeFi to make a splash in 2020. By February, the market reached a milestone, crossing $1 billion in total value locked for the first time. Then came June and the emergence of liquidity mining introduced by the Compound protocol. With COMP’s price experiencing a meteoric rise, other DeFi projects eventually enabled liquidity mining on their own platforms, leading to the yield farming phenomenon.

In July, yEarn Finance and its YFI token burst onto the scene, with the price of YFI gaining over 15,400% in less than a week. YFI is currently priced at about $13,100, a spot market price valuation higher than Bitcoin (BTC).

Since the emergence of liquidity mining, yield chasers have taken to “stacking” operations. Investors routinely take out loans and make deposits across multiple DeFi protocols to earn even more governance tokens and higher yields.

Meme coins are on fire

Anyone familiar with the crypto space knows the industry hardly remains static for long. With COMP and the likes seeing astronomical returns, it was unsurprising to see an influx of tokens hit platforms such as Uniswap.

If time is the fourth dimension in physics, memes are the third pillar of the crypto space after cryptography and financial services. Yield farming has now provided an avenue for memetic tokenization, enabling “DeFi Chads” to bounce across projects in search of rapid gains.

Projects such as Meme DAO and its MEME token encapsulate the current memetic tokenization craze. On August 15, Jordan Lyall, DeFi product lead at blockchain software firm ConsenSys, tweeted a joke about how easy it was to create a DeFi coin in five minutes.

What started as a joke soon became an actual token with a total supply of 28,000. Some early participants received 355 airdropped coins each, which became worth $23,400 in less than six hours as price spiked to about $66. As of the time of writing, MEME is trading at $79, with a Telegram group of close to 3,000 members. The Meme DAO joke kicked off another storm of copycat efforts as other Telegram groups sprung up hours later.

Indeed, all it seems to take now is a plug-and-play token contract deployment and a Telegram group filled with enthusiastic “degenerates,” or “degens” — the term adopted by many in the nouveau DeFi space.

Add in some Twitter evangelism to build hype and a nice-looking logo to differentiate the project from the hoi polloi of coins on Uniswap and the stage is set for another tokenized meme. For many, the prospects of sudden 10x price gains offer an enticing opportunity to grow their Ether (ETH) holdings. These lucky few who participated in the MEME airdrop printed thousands of dollars from thin air. The airdropped tokens came free of charge but ended being worth a considerable sum in almost a blink of an eye.

Such events serve to kindle more enthusiasm among the growing mass of degens looking for the next new coin that brings huge profits, while scam artists are lying in wait with fake tokens to fleece unwary investors.

As coins like YFI reach stratospheric valuations in a short time, all of a sudden rogue actors have a fresh pool of DeFi enthusiasts to defraud. Beneath the reports of decentralized exchanges experiencing a spike in trading volumes are the unreported cases of scams and fake tokens.

The con is a simple weaponization of the “greater fool theory,” and it begins with token minting, followed by a presale or airdrop of a percentage of the total coin supply to a few early adopters. The next step is to create a Telegram group to get the online buzz going. Then comes the Uniswap listing and liquidity injection while waiting for people to buy in by swapping their ETH for the minted coin. The next part is often dizzyingly swift as the token creator drains the liquidity pool leaving holders with worthless coins. There are some real-life examples of this.

Last week, someone created a token called ymd.finance (YMD) with the contract address 0x634bfecfd6e1702eb352ce79752049b32aea08dc. The name YMD was likely chosen to attract some investment traffic from the fame of Yam Finance’s YAM token. At 12:37 pm UTC on Aug. 18, the token creator added about $40,000 in liquidity on Uniswap. Barely two hours later, the same entity removed $80,159 in liquidity from the exchange, an act known as “pulling the rug,” making a 100% profit off the ETH invested by nine unsuspecting victims, with only around $150 paid in gas fees.

Commenting on the rise in scam token listings on AMMs like Uniswap, Thor Chan, CEO of exchange AAX, remarked that the problem was not unique to the DeFi space, telling Cointelegraph that scam listings can occur in all types of markets, but usually, regulators sniff such offerings out, adding:

“The DeFi space is no exception and due to its decentralized nature, it may be even more difficult to provide adequate protection to users and investors. […] Sooner or later, platforms with shady projects will be largely abandoned, whereas those that offer solutions to this issue will thrive.”

For Lawrence Lim, project lead at Ramp DeFi — an Alameda Research-backed cross-chain liquidity provider — these scams are weaponizing the enthusiasm of yield chasers, stating that they make use of the “fear of missing out” mentality to operate “rug pulls,” or exit scams, adding:

“At the core, crypto investors are users with a high-risk tolerance. Degenerate finance is simply meeting user demand for high yield products, which also come at high risks. Early farmers typically earn disproportionately more than late farmers. This results in many investors taking gambles on new projects with insufficient research.”

Uniswap’s open listing policy means that any rogue actor can create a token and sign it up for trading. Most times, scam coins are named after popular DeFi projects in order to deceive careless investors. The Uniswap website even publishes a warning message about these scams that reads: “Please do your own research before interacting with any ERC20 token.”

For Chan, the problem is not Uniswap’s open listing policy but the lack of due diligence on the part of some investors, adding: “For the crypto space to really evolve, it’s not regulation or even platform operations that we should look at.” He went on to clarify: “The platform may benefit from more rules but users will also need to do their due diligence, study the risks, and decide accordingly.”

Tweeting earlier in August, Ethereum co-founder Vitalik Buterin commented on the trade-off between regulatory bottlenecks and decentralized reputation. Without devolving to the over-regulation seen in centralized exchanges, DeFi may require curated dispute resolution protocols that maintain a registry of addresses associated with these scams.

AMMs like Uniswap can then interface with such protocols, creating a feature that allows investors to check whether new coins have passed some form of verification process. Explaining how such safeguards might work, Lim remarked that exchanges like Uniswap may “develop tools that legitimate projects can use to set themselves apart from scams, such as a native liquidity lock or token vesting contracts, that assigns a higher ’trust score’ to projects that activate these functions.”

The proliferation of investment scams usually draws the attention of financial regulators. However, given the decentralized nature of DeFi, government agencies may be unable to carry out enforcement actions, meaning that investors should take on the responsibility of protecting themselves.