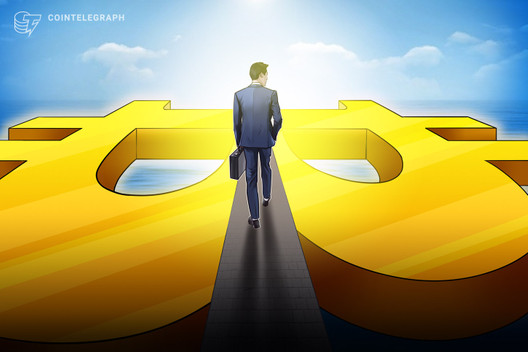 Takeshi Fujimaki, a former adviser to George Soros, said it was “not a surprise” to hear Paul Tudor Jones’ bitcoin revelation.

When macro investor Paul Tudor Jones, or PTJ, confirmed he was investing in Bitcoin, it sparked an uptick for the whole crypto market. Many crypto traders welcomed his surprise move, noting it was a change of the tide in the traditional sector.

Speaking at Cointelegraph Japan’s Traders Live on June 9th, Takeshi Fujimaki, a former adviser to George Soros, said it was “not a surprise” to hear Jones’ revelation, given the current state of central bank-driven monetary inflation.

Fujimaki is a former Japanese lawmaker and known as “Kuroda foe” for his criticism of Bank of Japan Governor, Haruhiko Kuroda. When he was a trader, he was in close contact with PTJ. Fujimaki revealed:

“Louis Bacon, George Soros, Paul Tudor, Julian Rovertson…I often talked to them on the phone, met them in person and discussed many things,  those folks have similar mentality. They look at the long term and capture a big trend. Paul Tudor’s joining the world of crypto assets means he takes inflation concerns in the world seriously and believes crypto asset thrives in such circumstance”

Fujimaki explains when central banks flood the market with new money, there is a question of where it all will go. He added “I do think it is quite natural to move money into cryptocurrency and bitcoin, ‘digital gold'”.

PTJ, the founder of Tudor Investment Corporation, revealed that bitcoin was part of his portfolio last month. He pointed out “The Great Monetary Inflation” as the reason for purchasing bitcoin and argued that bitcoin could be a hedge against inflation. “Bitcoin reminds me of gold when I first got into the business in 1976″ he added.