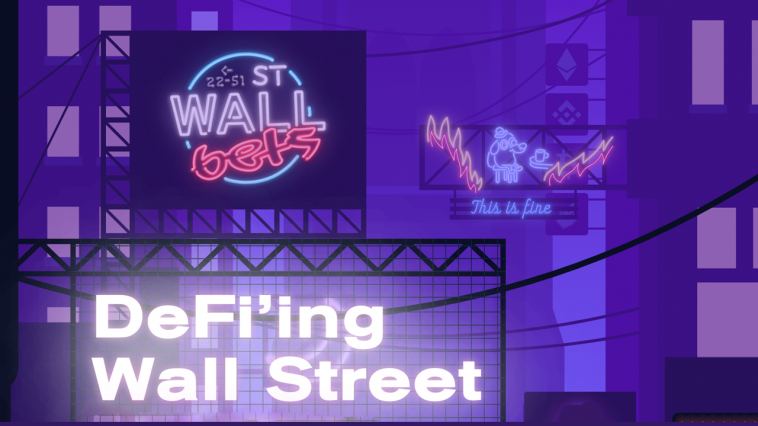 At the beginning of 2021, a trend ignited by the creators of the Reddit forum r/wallstreetbets caused the whole world to focus on retail traders in the stock market purchasing so-called dead stocks like AMC, GME, and others. The hype behind the Wallstreetbets group has fizzled in the last few months, but a group that claims to represent the Wallstreetbets community has started a decentralized finance (defi) project called wsbdapp.com. The Wallstreetbets application provides traders with the ability to swap synthetic stocks backed by blockchain tech.

A small team that claims to be associated with the creator of Reddit forum r/wallstreetbets has started a defi platform, or decentralized application (dapp). The platform is called wsbdapp.com and the protocol allows users to swap tokens similar to popular decentralized exchange (dex) apps today.

The tokens are blockchain-based tokens that represent stocks listed on the stock market and they are otherwise known as synthetics. In fact, at the end of July, Uniswap delisted 100 tokens and many were synthetics tied to commodities and stocks. The crypto community assumed Uniswap delisted the synthetics because they could possibly be considered unregistered securities by U.S. regulators.

On August 31, the Twitter account called @wallstreetbets tweeted out a video about the new platform and left a link to wsbdapp.com. According to the video, the founder of the Wallstreetbets community, Jaime Rogozinski, is behind the project.

When visiting the website, people are greeted by neon-lighted words that say “Defi’ing Wall Street with blockchain tradeable assets.” The defi platform says it is “always open” and the dapp offers “borderless trading, 24/7, 365 days a year.” The wsbdapp.com web portal adds:

[Wsbdapp Gives] the benefits of blockchain made real for traditional investors.

The wsbdapp.com has its own native token called WSB and the token can be leveraged for liquidity pools and staking, the website claims. At the time of writing, WSB is exchanging hands for $0.03 per unit. During the last 24 hours, $1,078,872 worth of WSB has been swapped and there’s 1,000,000,000 WSB in circulation, according to the token’s smart contract.

This means the aggregate WSB market valuation is a touch over $30 million on Saturday, September 4, 2021. Interestingly, WSB token has been doing well and is up 6.3% during the last 24 hours and 33.2% for the week.

Two-week statistics show WSB has gained 48.9% and one-month metrics show WSB is up 58% to date. The Wallstreetbets community who created the new dapp note that the work they are focused on will not be easy but the community is focused on a common goal.

“Taking over the traditional financial markets is no small hill to climb — it’s a giant mountain with jungles, wild beasts, and crushing climates,” the website explains. “The meme ‘Apes Together Strong’ that we are so fond of in the [wsbdapp] community represents more than just strength in numbers — it’s a call to arms. Our community advances headstrong towards a common goal… Mass adoption of distributed investment governance — with the [wsbdapp] at the core, governed by community vote using the WSB token.” 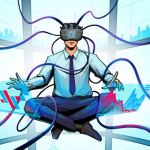 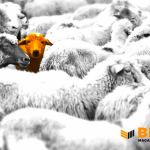