Professional NBA team Dallas Mavericks has become the first merchant to accept Dogecoin thanks to crypto service provider BitPay. Yesterday, the payment processor revealed that it was now supporting the meme cryptocurrency Dogecoin. Other merchants using BitPay can start accepting the crypto as well.

On the same subject, BitPay’s chief executive asserted, “The Dallas Mavericks are a long-time enthusiast of cryptocurrency, opening up new opportunities for the team to sell tickets and merchandise to its global MFFL fan base.”

This is not the first crypto Dallas Maverick has adopted, as noted by BitPay. For the past two years, the Western Conference team owned by Mark Cuban has been accepting Bitcoin payments.

“… [Mavs] use BitPay to process all cryptocurrency purchases including tickets and merchandise with all top cryptocurrencies including BTC, BCH, ETH, USDC, GUSD, PAX and BUSD and now DOGE.”

Cuban, a popular TV personality and investor, has also become fond of cryptocurrencies. In the last few months alone, he has made media rounds touching on cryptos like Ether, Bitcoin and even extending the talk to NFT collection as well as smart contracts. Cuban is a familiar face on the ABC network, where he leads the business reality show Shark Tank.

The billionaire entrepreneur also made remarks about the decision, saying it was a fun thing to do.

Just this week, Cuban revealed that only a handful of parties had paid the NBA team in Bitcoin in an interview with Decrypt. There are doubts if any party will be willing to pay in the meme crypto. Dogecoin is struggling to regain its February momentum, swinging around the $0.05 area at present. 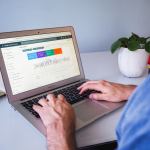