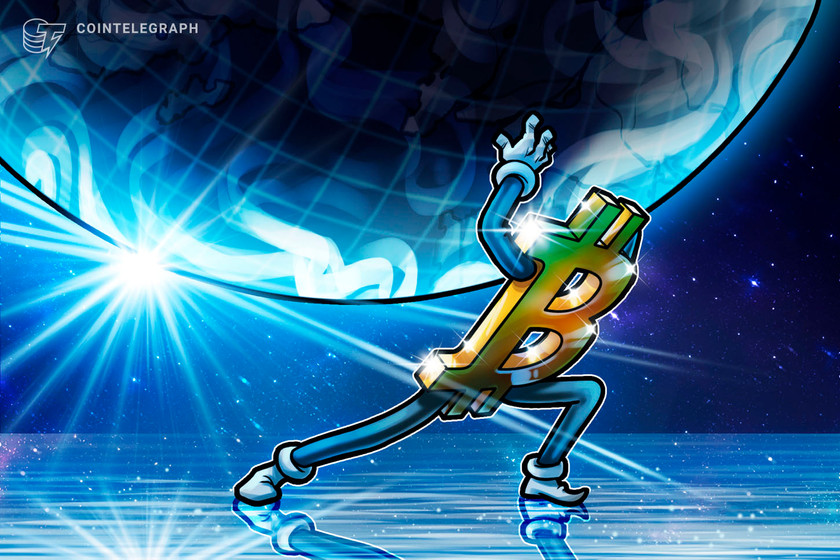 From skeptic to maximalist in seven years.

MicroStrategy’s decision to use Bitcoin as its primary reserve currency has Michael Saylor seemingly favoring the asset over altcoins.

In a Sept. 20 tweet, the business intelligence company’s CEO stated that he considers Bitcoin (BTC) to be a crypto asset network, unlike tokens like Ethereum (ETH) or stablecoins, which he referred to as “crypto-application networks.”

When considering network dominance in the crypto industry, I find it clarifying to separate crypto-asset networks like #Bitcoin from crypto-application networks like Ethereum & stablecoins. Bitcoin dominance has advanced from a low of 71.05% on December 20, 2017 to 93.57% today. pic.twitter.com/03cbWVyoLY

However, Saylor is intentionally selective when it comes to this data. Bitcoin Dominance’s figures do not include initial coin offerings or stablecoins, but rather “only includes coins using proof-of-work that are attempting to be money.”

According to CoinMarketCap, which takes stablecoins like Tether (USDT) into account, Bitcoin’s dominance was at a yearly low of 56.67% as of Sept. 13, while Messari shows the metric closer to 59%. Both are far from the 93% dominance Saylor tweeted. Ethereum and DeFi have been driving alt season this year, as the 10 largest DeFi tokens now represent a market cap of roughly $9 billion compared to Bitcoin’s $200 billion.

Though initially claiming “Bitcoin’s days are numbered” in 2013, Saylor has turned bullish on the crypto asset in recent weeks following MicroStrategy’s purchase of $250 million worth of BTC as a reserve currency in August. He announced on Sept. 14 that the firm subsequently bought an additional $175 million of BTC.

“Bitcoin scales just fine as a store of value.”

Saylor isn’t alone in the crypto community in discounting the vast majority of altcoins. Emin Gün Sirer, the creator of the first proof-of-work-based crypto, said in April that Bitcoin maximalists are correct to label “95% of the things out there as scams.”

“They’ve just recycled something that belongs to someone else,” he said.