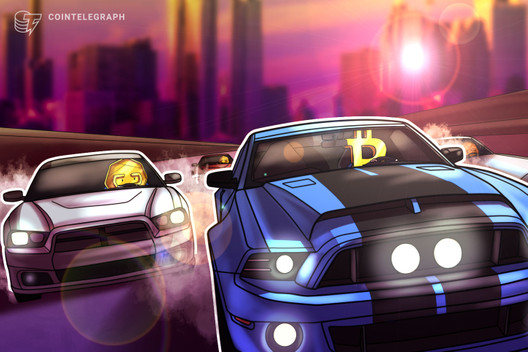 Many altcoin bulls are holding longs in spite of yesterday’s sudden down-turn in the Bitcoin markets. However, altcoin shorts are quickly rising too.

Despite yesterday’s 8% crash in the price of Bitcoin (BTC) driving many BTC bulls from the markets, altcoin longs have only seen slight declines, with Ether (ETH) longs defying the trend with a slight rally test of recent all-time highs on Bitfinex.

However, altcoin bears are quickly emerging from the woods, with shorts against many top altcoins piling up quickly amid Bitcoin’s recent drop.

With many altcoin bulls holding on despite the increase in shorts, numerous leading crypto assets could see a surge in liquidations regardless of what direction the markets ultimately take.

The BTC shake-out saw long positions on Bitfinex plummet by over 10%, dropping from 28,800 to roughly less than 26,000. BTC/USD short positions also saw an increase of nearly 16%.

The crash also drove wholesale liquidations across crypto derivatives exchanges, with more than $71 million in margin calls on BitMEX and $66 million on Binance Futures taking place in the last 24 hours — the third-largest daily liquidations of the past month according to Cryptometer.

While altcoins did not see heavy liquidations across futures platforms, a sharp spike in short positions coupled with stubborn bulls may create the perfect storm for an aggressive round of margin calls.

The persistent buying activity suggests that some market participants are predicting that Ether can continue to make gains over the dollar despite bearish signals in the Bitcoin markets.

However, the Bitcoin crash also drove an aggressive increase in ETH/USD short positions, which spiked by more than 18% in less than 60 minutes.

Similar trends can be observed across other leading altcoin markets, with Litecoin (LTC) longs dropping just 2.5% as shorts increased by over 30%, and XRP bulls retreating by only 3.5% as shorts flew by 15% over a few hours.