KuCoin has resumed full services for 176 out of the total 230 tradable assets to date.

KuCoin cryptocurrency exchange has recovered the majority of funds lost in a $280 million hacking incident in September, a senior executive has said.

Johnny Lyu, a co-founder and CEO at KuCoin, announced on Nov. 11 that the exchange has now recovered 84% of stolen assets. Lyu said that the recovery process involved “on-chain tracking, contract upgrade and judicial recovery.” He also noted that the exchange will publish more details on reimbursement once the case is closed.

Announcing the news on Twitter, Lyu did not specify the exact amount of assets lost to the hacking incident. KuCoin initially estimated user losses to account for $150 million, while crypto analytics company Chainalysis subsequently estimated losses at $275 million.

Lyu previously told Cointelegraph that the breach affected hot wallets holding Bitcoin (BTC), Ether (ETH) and ERC-20 tokens. A large number of stolen ERC-20 tokens were subsequently frozen by major crypto projects in an effort to prevent withdrawals. In early October, Lyu announced that KuCoin executives managed to find the suspects of the hack with “substantial proof at hand.” 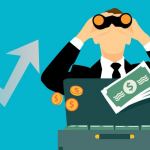