Kiss frontman and a known crypto fan Gene Simmons is bullish on several cryptos including Bitcoin, Ether, XRP and Dogecoin.

Gene Simmons, a rock and roll legend and a known fan of cryptocurrencies like Bitcoin (BTC), has reaffirmed his bullish stance on crypto by purchasing several cryptos.

The Kiss frontman said on Feb. 1 that he now owns several cryptocurrencies including XRP and Dogecoin (DOGE). Simmons did not hint at how much he invested and noted that his statement is not a recommendation.

Not recommending any of these to anyone. But yes, I also bought Dogecoin, XRP and others. Make of it what you will.

Simmons claimed that he has also bought and is still planning to purchase major cryptocurrencies like Bitcoin, Ether (ETH) and Litecoin (LTC).

Simmons’ move to invest in DOGE and XRP comes amid a massive bull run in both cryptocurrencies. As reported by Cointelegraph, both Dogecoin and XRP have been likely pumped by the controversial Reddit community r/Wallstreetbets. 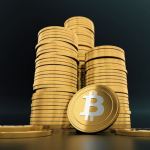