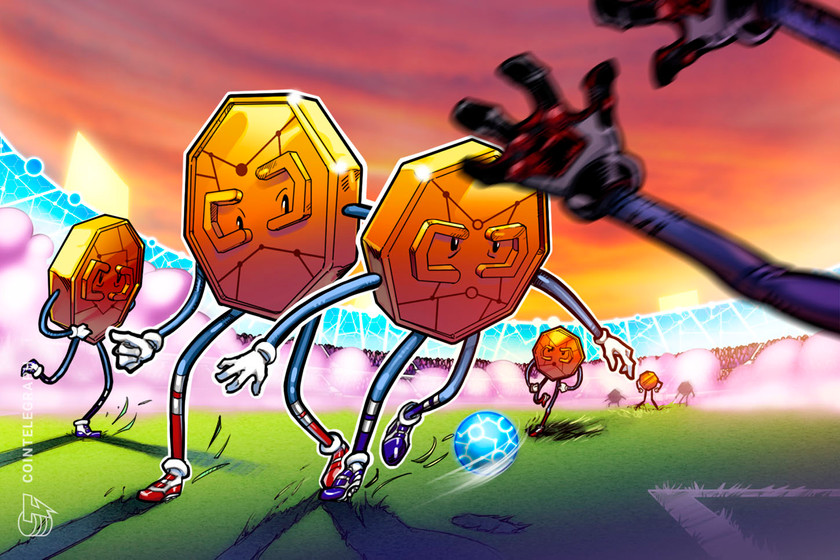 As one of soccer’s largest events, the Euro cup comes to a close, here’s how you can use your crypto to enjoy the upcoming final.

The date is set. July 11 is when soccer fans all over the world can, for a period of at least 90 minutes, forget all about what’s wrong with the outside world and finally get to witness who will be the winner of one of the most widely viewed sports in the world. England and Italy will compete for the honor to win the coveted UEFA European Football Championship 2020, or Euro 2020, trophy, which only comes around once every two years.

Here is a little thought experiment for all the casual soccer fans out there: Try to think of every active soccer player you can think of. If the athletes in question are all relatively established and play for the top leagues in the world, then there is a high probability that they are representing their country in this year’s Euro 2020 championship.

To really put things into perspective as to how big this event is, a recent study showed that a staggering 23.8 million viewers watched England’s historic Euro 2020 victory against Denmark, with the last five minutes of the nail-biting semi-finals drawing a peak audience of over 25.7 million. In fact, the event’s viewership was only eclipsed in recent memory by the United Kingdom Prime Minister’s coronavirus announcement back in May, which was seen by nearly 27 million people across six different local news channels.

This final promises to be a banger

A month of tense and exhilarating soccer has passed by and now it’s time for the two remaining top dogs, Italy and England, to fight it out at the historical Wembley Stadium.

In the past, the tournament has seen many of Europe’s heavyweights slug it out. However, it bears mentioning that this time around, the Italian team, The Azzurri, has yet to lose a match in a whopping 33 international games, leaving them just a step away from carving their names in the records of soccer history.

Their opponent, England, also known as the Three Lions, has also had strong gameplay through this year’s Euro 2020. They only allowed one goal during their entire campaign, which is quite an impressive feat, considering the level of competition they had to face — countries like Germany, the Czech Republic and Ukraine — to get to the finals. In all, the rosters for both teams look stacked and on paper, this clash should and probably will be a thriller.

As one can expect, there is going to be a lot of betting happening for this game, with the oddsmakers giving the slight edge to England, which is arguably a surprise considering Italy’s unbeaten run. However, the importance of home-turf advantage can never be underestimated in soccer, no matter how many Italian’s may have crossed over to watch the finals in person.

Lastly, with the rise of blockchain casinos and increased crypto adoption globally, a growing number of digital currency investors seem to have started making use of their crypto assets for gambling purposes. Therefore, it stands to reason that a lot of these folks may be betting on this game as well, either through crypto gambling platforms or even prediction markets.

How to get engaged: The crypto way

In recent years, a growing list of mainstream soccer clubs has continued to launch their very own digital currencies/fan tokens. And while the jury is still divided on the actual utility of these offerings, the fact of the matter remains that the soccer world has been quite sharp in recognizing the technological and monetary proposition put forth by crypto.

In terms of betting, there are dozens of established gambling websites that accept a wide range of cryptocurrencies — including Bitcoin (BTC), Litecoin (LTC), Bitcoin Cash (BCH), Dogecoin (DOGE), Tether (USDT), Ethereum (ETH) and more. There are many options out there and it’s just a matter of which platform a person decides to use in the end.

It also goes without saying that several betting sites are currently offering their users numerous side-bets — another facet of online gambling that crypto enthusiasts can engage with. For example, the odds of Italy coming out of the tournament as the top-scoring team are currently at 10/11. Whereas for England, the figure stands substantially lower at 10/1.

From a streaming standpoint, unfortunately, there aren’t a number of mainstream streaming services that accept cryptocurrency payments at the moment. That being said, betting portals have really upped their game over the last couple of years, with most platforms nowadays offering top-notch live streams that gamers can access at any time, given that they have sufficient tokens (which is usually not a lot) in their wallets.

Crypto is quickly gaining notoriety in the soccer universe

One way or the other, crypto seems to have made its way onto the soccer field, as was made evident recently when a fan literally ran onto the field wearing a t-shirt that read “WTF Coin” during Belgium’s clash with Finland. In fact, the event was able to garner so much traction that within hours of the invasion, almost every major sporting news outlet had covered the story, resulting in people discovering that WTF — Walnut Finance — is actually a yield farming project.

Furthermore, the governing body overseeing Euro 2020, i.e. the Union of European Football Associations (UEFA) recently entered into a five-year global partnership deal regarding blockchain technology with AntChain, a subsidiary of Ant Group which owns Alipay, one of the world’s largest digital payment platforms.

As part of the deal, UEFA and AntChain will work closely to help utilize blockchain tech to not only promote the game but also to digitize the global soccer landscape. In this regard, it stands to reason that the two parties may potentially choose to explore the NFT sector because of the unique marketing/ownership opportunity presented by this exploding asset class.

In the immediate future, however, the winner of this year’s Euro 2020 Golden Boot (i.e., the player that scores the most goals) will be awarded the “Alipay Trophy.” Not only that, but the top scorer’s records will also be stored on a blockchain system immutably.

Regarding NFTs, it bears mentioning that over the past week, decentralized fantasy sports platform Rage Fan has been airdropping limited edition NFT mints to commemorate the Euro 2020 tournament. The last giveaway is set to commence on July 11 when England and Italy meet each other at Wembley.

Past and current players have been quick to adopt crypto

It is no secret that athletes from sporting professions across the board have continued to adopt crypto at a rapid rate. In terms of soccer alone, no one has done more to promote digital currencies than Andrés Iniesta, Carles Puyol and Gerard Piqué, three players who have all represented Spain and Barcelona during their careers.

In fact, the triumvirate has been quite hands-on in its crypto outlook, with Iniesta and Puyol serving as the co-founders of Olyseum, a blockchain-powered social platform built to reward engagement, bringing fans and stars closer together. Meanwhile, Piqué has been vocal about his investments in the crypto-enabled fantasy soccer game Sorare. Even French superstar Antoine Griezmann is reported to have an investment in the platform.

Netherland’s once-highly regarded wing/striking prospect Ryan Babel is also a Bitcoin proponent, highlighted by the fact that over the past year or so, he has repeatedly shared his optimism surrounding the crypto market via a number of tweets encouraging people, particularly his teammates, to buy BTC.

How much do the player’s potential transfers cost in BTC?

This is definitely a question that begs to be answered.

Here’s a quick add up of the transfer values for the (likely) starting eleven players of both teams that are participating in the final, just to see how much Bitcoin can be bought with the money.

This brings the total valuation of the two teams up to a staggering 981 million euros (almost $1.2 billion). At the time of writing, this comes to around 35,800 BTC that can be acquired with the aforementioned sum.