A U.S. District Court has indicted three individuals behind the now-defunct Geek Group for their role in running an illegal money transmission business that used bitcoin to move funds across states. According to the indictment documents, it was Christopher Allan Boden then president of the Geek Group, who “sold bitcoin to numerous customers, in exchange for U.S. currency, primarily cash.”

The indictment of Boden and his accomplices comes more than two years after federal law enforcement raided the Michigan-based not-for-profit organization. Immediately after the raid, the Geek Group, which had previously been involved in charity work, announced the shut down of the organization.

Meanwhile, as the indictment documents show, Boden would obtain the BTC from Daniel Reynold Dejager, who lived in Washington. As part of their conspiracy, Dejager would “periodically travel to Michigan to meet with Boden.”

According to their adopted practice, Boden alongside Leesa Beth Vogt and others, “would deposit cash received from their customers into a bank account to which Dejager had access.” Alternatively, a transfer of cash to Dejager would be made and Dejager would then “use that currency to purchase additional bitcoin.”

However, according to the U.S. indictment, this arrangement was not in compliance with the relevant laws. In the indictment, the prosecutors said:

During the period relevant to this indictment, none of Boden, Vogt, Dejager and The Geek Group, (also known as the National Science Institute) was registered as a money services business or money transmitter with the United States Department of the Treasury.

Furthermore, the indictment document reveals that the “total value of bitcoin sold by Boden and his co-conspirators was equivalent to more than $700,000 in U.S. currency.”

Meanwhile, the prosecutors also allege that between 2017 and 2018, Boden and Dejager resorted to mixing the BTC “before selling it to customers to conceal its origin.” In addition, Boden and his accomplices are accused of extending their services to customers involved in illegal activities. The document states:

(Boden and his accomplices) knowingly conducted and attempted to conduct a financial transaction, namely, the sale of bitcoin for cash, affecting interstate or foreign commerce involving property represented by an undercover law enforcement officer to be proceeds of specified unlawful activity, namely, distribution of controlled substances in violation of Title 21, United States Code, Section 841.

In the meantime, the indictment documents state that upon their conviction, Boden and his accomplices “shall forfeit to the United States a money judgment in the amount of at least $700,000.” In addition to the 1.33 BTC, all crypto assets accessible from wallets associated with two Trezor devices, comprising at least 0.365 BTC, seized on or about December 21, 2018,” shall be forfeited to the U.S. government.

If any of these remedies fail, “the United States shall be entitled to forfeiture of substitute property” the indictment concludes.

What are your views on this indictment of Boden and his colleagues? Tell us your thoughts in the comments section below.

Indictment Order Issued Against Leaders of the Geek Group for Their Role Using BTC in an Illegal Money Transmission Business originally appeared on Bitcoin.com 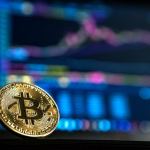