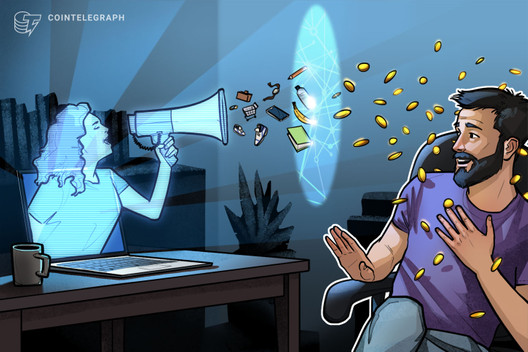 Modern advertising is facing new problems that require new solutions, and blockchain may be just the key.

Even though advertising has been around for about as long as commerce has, in today’s digital age entirely new problems are popping up that are souring the experience for advertisers, publishers and the public alike. Costs have risen, the handling of consumer data has become an issue and ad fraud is far too common. Now, some innovative blockchain products are trying to address all of this and make advertising simpler, more direct, safer and more profitable all around.

One of the biggest issues that advertisers and publishers struggle with today is profitability. At one time, roughly $0.85 out of every dollar spent on an advertising campaign made it to the publisher. However, over time, more and more middlemen have been taking a cut. Modern advertisements are often bought and sold on exchanges, and these companies invariably skim a bit off the top along with ad agencies, sales houses or anyone else that is involved with a campaign. The added hands and complexities lead to increased waste, and this has led to only about $0.35 making it into the pockets of publishers by the end of the process. On top of all of this, the fact that there are so many moving parts means that it can take advertising creators months to be paid after the contract is fulfilled.

Another big issue within the industry is fraud. Advertising contracts can be falsified, riddled with fine print or simply not fulfilled by one or more parties. This leads to a massive drain on the entire industry and an impressive amount of wasted money. According to a report by IBM, “Wasted ad spend owing to fraud alone adds up to USD 51 million every day, or USD 19 billion by the end of 2018.” Clearly, advertisers and publishers could save significant amounts of capital and time if contracts could simply be trustless.

On the consumer side of things, there are issues too. It’s really no secret that Google and other big technology companies track ad data and even share it within the industry. Regular citizens often don’t know what information is being recorded from their interactions with advertisements or who is able to see it. Not to mention that while ordinary people are generating this resource (data) that can then be sold for profit, none of that money ever goes back to consumers. This has led many to feel that the practice is overly exploitative toward customers.

All of this has led to a digital advertising experience that is less than ideal for everyone. Fortunately, people are working hard on solutions to these issues, and they’re leveraging blockchain to do it.

How companies are trying to change the landscape

Several different approaches have begun popping up that attempt to address these modern issues with advertising. For example, IBM has partnered with many of the biggest advertising spenders out there and is pushing its IBM Blockchain product as a solution to reduce costs and increase transparency. While it is encouraging to see such big names getting involved, the focus here does seem to be on cutting costs for these big companies with little mention of how it will help the consumer. It is fair to say that if businesses can save money, then that can be transferred down to the customer, but this solution is definitely focused on big industry.

One of the better-known attempts to solve all of the above issues is the Brave project and its Basic Attention Token (BAT). By releasing a proprietary browser — the Brave browser — the team has made it a priority to balance the needs of users, advertisers and publishers alike. Individual anonymity is maintained, and a cut of the revenue is returned to the people who actually watch the ads. There have been other projects with similar approaches, but they have seen little development or adoption and have as of yet not fulfilled the promises of overcoming these modern advertising hurdles.

One project that is hoping to bring the best solutions to all levels of the ecosystem, and to do so with minimum hassle, is the Smart Advertising Transaction Token (SaTT) created by Atayen. SaTT is an ERC-20 token on Ethereum, and through interaction with the official decentralized application, brands can create their own ad campaigns that offer SaTT rewards in exchange for engagement on social media. Influencers and other community members can create posts and get paid automatically according to several performance indicators such as likes, shares or views of the content. Brands are free to come up with their own unique conditions, of course, but smart contracts ensure that once in place, these agreements cannot be broken. Furthermore, payments can be made in near real time as the campaign is running, and there are no middlemen involved to take a cut, only a third-party application called an “Oracle” that triggers the payment according to the data provided.

Atayen has already partnered to make its SaTT service functional with major social media platforms such as Facebook, Instagram, Twitter and YouTube. It also created a developer program that allows anyone to create custom Oracles and feed data to their smart contracts. This means we could soon see further integration into social media platforms such as TikTok, LinkedIn — literally anything. Hopefully, compatibility with the networks that people are already using to push their campaigns will see increased adoption of this new model.

Whether one of the systems outlined above will become the premier model for the future of advertising remains to be seen. Plausibly, new projects will emerge to augment the landscape, and all of these networks could potentially even work in tandem to make the system better for everybody. It’s too early to call it, but it sounds like people are pushing the right ideas.

Disclaimer. Cointelegraph does not endorse any content or product on this page. While we aim at providing you all important information that we could obtain, readers should do their own research before taking any actions related to the company and carry full responsibility for their decisions, nor this article can be considered as an investment advice.

How Blockchain Is Changing the Advertising Industry originally appeared on CoinTelegraph.com