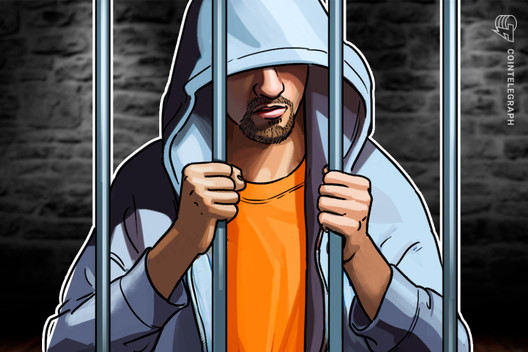 Even Vladimir Putin was not able to save this Dark Web mastermind who ran an elite invite-only cybercrime club.

A Russian hacker was sentenced to nine years in prison by a U.S. court on June 26. The hacker, Aleksei Burkov, was previously considered to be of personal interest by Russian President, Vladimir Putin.

“Many of the card numbers offered for sale belonged to U.S. citizens. The stolen credit card data sold on Burkov’s site has resulted in over $20 million in fraudulent purchases made using U.S. credit card accounts.”

Allegedly Burkov also ran an exclusive invite-only club for cybercriminals, where the participants could advertise stolen goods and illicit services. A required membership fee of $5,000 was used to filter out law enforcement:

“To obtain membership in Burkov’s cybercrime forum, prospective members needed three existing members to “vouch” for their good reputation among cybercriminals and to provide a sum of money, normally $5,000, as insurance. These measures were designed to keep law enforcement from accessing Burkov’s cybercrime forum and to ensure that members of the forum honored any deals made while conducting business on the forum.”

Burkov was arrested in 2015 in Israel. In October 2019, an Israeli-American named Naama Issachar was arrested at the Moscow airport when a few grams of marijuana were found in her luggage. Subsequently, she was sentenced to 7 ½ years.

According to the New York Times, there were talks of a possible exchange between high-ranking Russain and Israeli officials. However, Israel’s Supreme Court had already decided to extradite Burkov to the U.S., leaving Israeli prime minister Benjamin Netanyahu with minimal options. Eventually, the exchange happened, but instead of turning over Burkov, Israel turned over Alexander Courtyard in Jerusalem that used to belong to the Russian Empire to Russia.

Philip Osborne, a former cybercrime investigator at the United States Department of Homeland Security, confirmed to Cointelegraph that these forms of payment prevailed in the early days of cybercrime. He also noticed that the centralized nature of these payment mechanisms made the job of investigators much easier.

Even Putin Couldn’t Save This Dark Web Mastermind From Prison originally appeared on CoinTelegraph.com