Ethereum price is eyeing a match back to highs of $400 after posting a sharp 7% rise in the past 24 hours. As of writing, the cryptocurrency is trading around $386, up nearly 3% on the day and likely to negotiate the key hurdle at the new psychological level.

ETH/USD at $400 has proven a tough ask for bulls over the past week after the crypto fell from highs near $500 to flirt with support near $300 as markets crashed under heavy selling last week.

Yesterday’s surge in ETH/USD prices came on the back of increased activity on the Ethereum network related to the launch of Uniswap’s governance token UNI. The number two crypto by market cap appeared to have reacted to the upside in Uniswap related activity as transaction fees spiked to new all-time highs and miner revenue hit new multi-year levels.

According to on-chain analytics platform Glassnode, activity saw the total transaction fee jump to nearly $1 million an hour. It pushed miner total miner revenue to highs last seen in 2018, with miners earning over 2,200 ETH an hour from fees. Meanwhile, gas prices also spiked, hitting over 700 gwei in some cases.

At one point, users were paying an average of $11 in transaction fees, the highest ever in Ethereum’s history.

Blockchair data shows that the current average transaction fee in US dollars on the network is $10.46. The median transaction fee is $6.12- still higher than the average witnessed during the ICO frenzy of 2017-2018.

Ethereum price is nearly 8% up over the week, but momentum to the upside has been restricted below the crucial $400 level. This technical outlook follows ETH/USD flapping at the resistance line after spiking over 6.5% from lows of $365 to highs of $395.

In the past 24 hours, bulls have maintained the pressure to keep ETH/USD above $385. This area is marked by the 50% Fibonacci retracement level on the downswing from highs of $395 to lows of $381. The area around the 61.8% Fib level and 78.6% Fib level is critical for bulls if they have to achieve the target of breaking to $400.

If prices break above an ascending triangle formed since bulls could aim to consolidate above $400 going into the weekend. Either way, a close above $390 would mean buyers retain the upper hand. 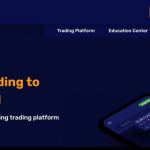