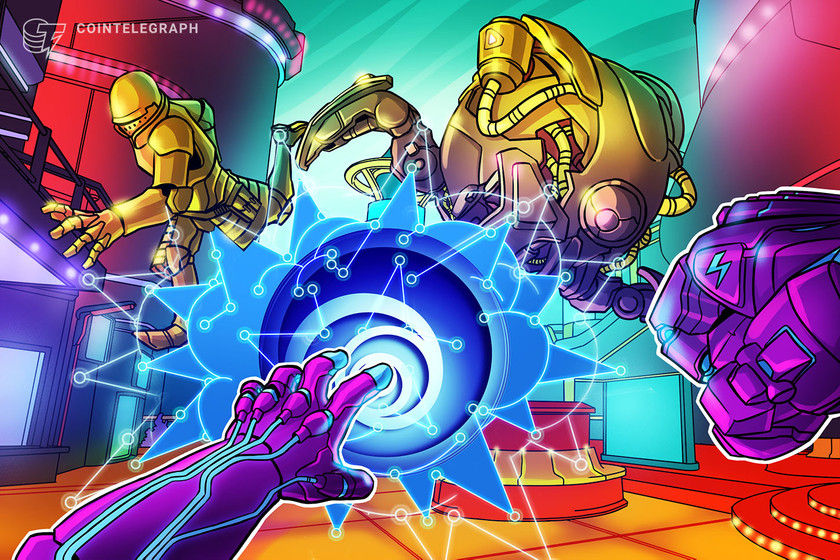 A fledgling blockchain-based game project called Illuvium has already managed to attract support from major industry backers — a development owed in part to the fact that Illuvium co-founders Kieran and Aaron Warwick are the brothers of Kain Warwick, the co-founder of decentralized finance (DeFi) platform Synthetix.

In a tweet on Friday, Kain announced that “after two years of pressure,” his brothers were revealing to the world a blockchain-based game:

Extremely excited that after years of pressure two of my brothers are launching a crypto NFT game @illuviumio. Also as promised I just finished that $1m @chainlink market buy into Kain.eth via @1inchExchange. I’m going offline for 2 weeks now enjoy the start of 2021! https://t.co/LMb5YkJbtr

In an interview with Cointelegraph, Kieran Warwick clarified that development work has only been underway since September, and that the “two years” refers to the length of time Kain had been badgering Kieran to re-enter crypto full time.

“I left to found a startup in the food industry in 2016, [and] in hindsight maybe not the best call,” Kieran admitted.

Despite the late uptake, the few resources released to the public already promise a title with myriad influences.

“The two genres that we have drawn the most inspiration from are collectible RPGs (such as Pokemon) and Auto Battlers (like Teamfight Tactics or Dota Underlords). As far as aesthetics we are going for a stylised feel that sits somewhere between the manga style of RPG and more hyper realistic games,” said Kieran.

Gameplay will also feature some unique twists utilizing a yield farming program for the native ILV token, as well as deploying NFTs in innovative ways that may influence the strategy behind collecting game assets.

“We use a fusion mechanism where three Illuvial NFTs are burned by the user to mint a more powerful Illuvial NFT. This mechanism is common in Auto Battlers, but by employing smart contracts to control minting and burning we’ve introduced more certainty for collectors and players.”

While the ambition is sprawling, the Warwick brothers are bringing extensive ecosystem heft to bear. Despite only re-entering crypto full time recently, Kieran says he’s no stranger to concepts like liquidity pooling, as he’s currently “participating heavily in DeFi across over 50 projects.”

Excited to see the @illuviumio next level Metaverse!

All that brought to you by @KieranWarwick & Brothers!

If you want to be early, join the discord and keep it cool
https://t.co/uc8ENQ3SEX https://t.co/1JQW9s18Xm pic.twitter.com/5h1BHImEN5

Moreover, some of DeFi and gaming’s biggest names are early supporters. Kieran says that  “six of the top DeFi founders” have invested in Illuvium’s pre-seed round — presumably including Kain. Illuvium will also be built using a layer-2 scaling solution from Immutable, the development studio behind hit NFT card game Gods Unchained.

Kieran says he’s hoping to leverage these connections to create a gaming experience that empowers players.

“One of the most frustrating experiences as a gamer is feeling like a consumer of a game rather than a participant, and while many game studios have improved on this over the last few years by handing more control to their communities there is no way to have the level of community ownership that we are going to provide in the traditional gaming world.”

To ensure this community ownership, Kieran said that Illuvium will be governed by a DAO, enabling players to control gameplay tweaks and balancing. Additionally, a portion of funds from the outcomes of high-stakes, winner-take-all “Leviathan” arena battles will be allocated to a vault controlled by the DAO, as well as other fees.

While even a game demo is a “few months” out and the liquidity mining program is slated for March at the earliest, Illuvium’s 15-man team is resolute in delivering a product to a market they believe might eventually become the standard.

“We believe mainstream gamers will see the opportunity migrating to permissionless platforms where they can truly own the entire game.”