The Federal Bureau of Investigation arrested the alleged Ponzi ringleader after a failed underwater escape. Matthew Piercey used a sea scooter in the cold water of California’s largest reservoir, Lake Shasta, to hide away from authorities but was arrested when he surfaced.

The Sacramento Bee reported that Piercey eluded the FBI agents for about an hour. He hopped on his truck to get away from the agents leading them on a chase that went off-road twice before ditching the truck on the edge of the lake.

“Then, Piercey abandoned his truck near the edge of Lake Shasta, pulled something out of it, and swam into Lake Shasta. Piercey spent some time out of sight underwater, where law enforcement could only see bubbles. He remained in the frigid water for approximately 25 minutes,” the prosecutors recorded in court the documents.

He was finally arrested when he emerged from the water due to the frigid temperatures. It was at this point the agents realized he had grabbed a sea scooter that would help him move underwater. The sea scooter he used has been revealed as a Yamaha 350Li model.

Piercey was then checked by medics, who ruled that he was okay and he hadn’t suffered hypothermia even though he spent almost half an hour in freezing waters. He was shortly taken into custody after changing into other clothes brought by his wife.

The 44-year-old is accused of leading two fraudulent firms that swindled millions of dollars from unsuspecting investors. Piercey and his accomplice  Kenneth Winton face several charges including money laundering, mail fraud and wire fraud. He is also accused of witness-tampering on the operations of the firms.

The firms, Zolla Financial and Family Wealth Legacy, reportedly collected $35 million from investors for investing in cryptocurrency and other investment options over the last five years.

It is alleged the Shasta county man divulged to a colleague that his investing fund scheme was a lie and non-existent. What is even more shocking is that the accused is said to have very little knowledge of cryptocurrencies. 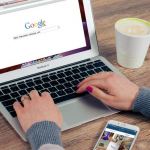