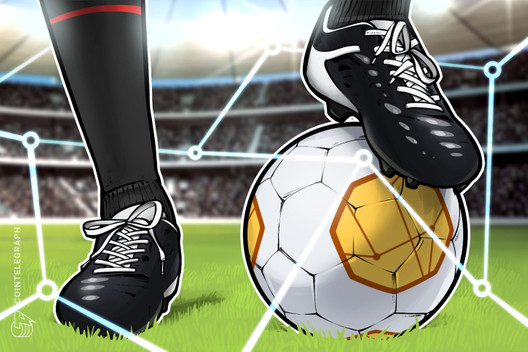 BtcTurk joins forces with the Turkish Football Federation on the road to the UEFA European Championship 2021.

Major Turkish crypto exchange BtcTurk has become the main sponsor of both the women’s and men’s Turkish national soccer teams via an agreement with the Turkish Football Federation, Cointelegraph Turkey reported on Aug. 20.

According to the official announcement, this 28-month long agreement purportedly makes BtcTurk the first cryptocurrency platform to sign a sponsorship with a national soccer team. Turkey’s national soccer teams don’t use sponsor logos on their uniforms, but a BtcTurk logo will be placed on players’ training jerseys, Cointelegraph has learned.

Last year, BtcTurk struck a sponsorship deal with the Turkish Super League team Yeni Malatyaspor. “We take great pride in being one of the ‘main’ supporters of our National Teams at the UEFA European Championship, which will be held in 2021 — the first time the games will be held in an odd-numbered year,” BtcTurk CEO Özgür Güneri said.

When asked whether it will be possible to denominate player contracts in Bitcoin (BTC) or other cryptocurrencies, Turkish Football Federation president Nihat Özdemir said:

“Contracts made between teams and players act as the basis in these situations. If both parties agree upon the terms of payment as crypto, then the payment can be made in crypto. If the contract allows, you can make the payments in Bitcoin, gold, or other values.”

Necla Güngör Kıragası, head coach of Women’s National Team, said, “Our target is to make Turkey one of the leading countries in women’s soccer in the near future. With the support of our new sponsor BtcTurk, I believe that we can achieve our target.”