2020 was arguably crypto’s best year yet.

Bitcoin (BTC) investors in particular had an extraordinary holiday season, and the new year is off to a roaring start for BTC, Ethereum and many other cryptoassets.

A few days ago crypto for the first time became a $1 trillion asset class. And Bitcoin (BTC) at present is worth over $730 billion and appears poised to become the first individual cryptoasset to pass the $1 trillion dollar mark in value.

While all seems hunky-dory in the cryptoland, as we discuss on this month’s live event and podcast with Charlie McGarraugh, head of markets at Blockchain.com, some warning signs of an overheated crypto market are starting to appear.

We’re pleased to offer you our latest thoughts on what’s driving crypto markets and analysis of bitcoin on-chain activity this month.

1. Market movements: Bitcoin continues to power to new all time highs while the US dollar continues its downward slide

Reporting on December and 2020 figures already feels outdated, as both BTC and ETH have continued rocketing upwards to start 2021: as we go to press bitcoin has crossed above the $40k level and ETH is closing in on its all-time high of ~$1,400, having just crossed back above $1,300 for the first time since January 2018.

December put a strong finish on what was a watershed quarter and year for crypto-Wall Street convergence. While there were numerous positive developments for crypto in 2020, the single most important one in our view was that the bitcoin as “digital gold” thesis came through big time on Wall Street and for other institutional investors.

Investment banks such as JP Morgan and others commented on the apparent rotation some gold investors are making, noting Q4 outflows observed from gold ETFs alongside major increases in crypto funds such as the Grayscale Bitcoin Investment Trust (GBTC) and the Bitwise 10 Crypto Index Fund (BITW).

As we look ahead to crypto markets in 2021, Blockchain.com head of research Garrick Hileman authored a guest article for CoinDesk outlining two major macro forces that should help fuel crypto’s current momentum:

One possibility Garrick discusses for 2021 is governments for the first time openly acquiring bitcoin (BTC) as a reserve asset. With retail investors, corporates, and Wall Street investors all now embracing bitcoin to various degrees, governments can be viewed as the final frontier of crypto adoption.

But investors should also continue to expect outsized volatility in cryptoasset markets. Some of the traditional warning sign metrics that have signaled the potential for an overheated crypto market are starting to return, including:

After an already high network activity in November, December has seen even higher metrics across the board (Table 2). The number of payments, estimated from the transaction outputs, are up 5.8%, and the number of active addresses up 4.5%.

The hash rate, an essential component for network security

Table 3 shows metrics related to mining activity. With the increase in price, the hash rate is on the rise (+5.8%), at an all time high estimated at 137 EH/s for the month of December. Interestingly, it has just beaten the rate of 136 EH/s seen for the month of September, despite the mining revenue increase by 27.5% in December and doubling since September. The hashing (computing) power involved in mining blocks is what makes the network resistant to attacks.

Back in June, we created a bitcoin security metric called the Market Value Adjusted Network Security (MVANS) indicator, which is the ratio of the market value and the estimated hash rate.

At a given market cap, the more hashing power the more secure the network is; and at a given hash rate, an increase in market makes the market more valuable and arguably more attractive to attacks.

In other words, the lower MVANS the ratio, the more secure the network is.

Figure 1 shows that the network has become less secure with the market value increasing faster than the hash rate. However, the network went through the previous bull run without attacks even though MVANS was at least 5 times higher.

Figure 1 : An increasing MVANS, even though the network is still relatively secure.

We have also observed that the Network Value to Realised Value (MVRV) ratio is approaching levels seen during the 2017 bull run. The network value, also known as the market cap, evaluates each bitcoin with the current price, whereas the realised value takes the price when it last moved. We are currently at a ratio of 3.5. At the top of the 2017 blowoff bull cycle the number was 4.5; a value that would put BTC at $45,000. However, as more and more BTC is bought by new entrants and moved off exchanges it will raise the denominator of this ratio, pushing the MVRV metric down.

In other words, if extremeness of sentiment is measured as the value of the asset class relative to its historic cost basis, we are definitely entering the extreme phase. However, current market dynamics are significantly different this time given the global economic crisis and various political developments.

Editor’s note: the Stellar Network token XLM has seen significant recent gains on the back of news of Ukraine selecting Stellar for testing a central bank digital currency, as well as greater regulatory clarity from the US OCC regarding the use of stablecoins and blockchains by banking institutions. Alongside this guest post on what’s new with Stellar please also see our XLM research primer published last year.

Stellar is an open-source blockchain technology which was created by the non-profit stellar.org. Its native token is the Lumen (XLM) and the main goals for Stellar are to bring banking to the unbanked, make remittances more cost-efficient and fast, offer the ability to make micropayments quickly as well as give the option for sending and receiving money from mobile devices.

The Stellar Network was founded in 2014. The Stellar Development Foundation (SDF) helps shepherd the network protocol and distribute XLM tokens.

There are currently nine people in the Stellar Leadership team. One of the co-founders, Jed McCaleb has a strong track record of creating successful products. He created eDonkey2000, one of the biggest peer-to-peer file sharing applications after 2000, as well as Mt. Gox which was the first Bitcoin exchange. Mt. Gox has had a controversial bankruptcy with stolen coins but McCaleb sold his share of the company before the problems happened. He then went on and created Ripple, another cryptocurrency which is currently in the top 4 of market capitalizations (June 2020).

The CTO of Stellar, Nicolas Barry, worked at Microsoft and Salesforce in technical roles before becoming the CTO of Stellar in September 2017. His main expertise is in distributed systems and software engineering.

Stellar’s Chief Scientist, David Mazières holds a Computer Science degree from Harvard and a PhD from MIT. He was a professor at Stanford University and his studies include distributed systems with a focus on security. He developed the Stellar Consensus Protocol together with Jed McCaleb.

Stellar’s advisory board is comprised of a number of noteworthy technologists, investors and entrepreneurs, including:

Stellar Foundation board members also include some well known names, such as Keith Rabois, investment partner at Khosla Ventures, Shivani Siroya, CEO of Tala (formerly InVenture; they provide financial reporting services to institutions in emerging markets), Greg Brockman, former CTO of Stripe and Joyce Kim, who is both a Stellar co-founder and founding member of Spark Labs, a VC company focused on blockchain technologies.

Using this structure, developers can build on top of these two services. Whether it is a mobile wallet, an online banking application or another custom app using the Stellar network, they have to connect first to the Horizon server which then in return connects to Stellar Core and the Stellar network.

The Stellar Consensus Protocol (SCP) is key element of the Stellar network and facilitates network transactions that have:

In order to describe how the SCP is working it is important to understand the concept of quorums and agreements. In a distributed system a quorum is a set of nodes that is sufficient to reach agreement. The Federated Byzantine agreement introduces the concept of a quorum slice, meaning a subset of nodes that have agreed with each other. When multiple quorum nodes share an agreement, it is called a quorum intersection (vs. a disjoint quorum when they don’t agree).

In order to explain quorums and agreements, this is the example that Stellar gives:

A group leader is trying to decide on a food to order for the entire company and gives two suggestions (A and B), without explicitly giving a vote. The rest of the group discusses the choices and then gradually accepts choice A. So the quorum, in this case the group, accepts choice A and a so-called v-blocking sets in, which blocks option B. At this stage, since there are no other possible voters, the quorum ratifies the choice and sets the accepted state to confirmed state (choice A).

The SCP wants to avoid getting stuck on voting decisions and that is why it introduces a so called ballot, giving the stuck parties options of a referendum. Each node (which in the above example is a group member) can either commit or abort the ballot. By aborting choice B, it opens up the possibility of choice A to continue.

Stellar presents StellarX as the front-end to the existing technology that they already have in place, allowing fiat on/off ramps as well as exchanging cryptocurrencies for free. They offer connecting directly to an existing Ledger Wallet or building a new one and provide peer-to-peer transactions without fees.

After the Mobius ICO, they are also offering MOBI tokens as a native token on the StellarX Dex.

Both the trade volume and the market capitalization are healthy considering the general market sentiments. At the creation of Stellar 100 billion lumens were created including an annual increase of 1%.

After a community vote in October 2019, the total lumen amount was decreased to 50 billion lumens and won’t be increased anymore. Not all lumens have been distributed yet. Per the SDF mandate the split is as follows:

The two biggest partnerships from Stellar are IBM World Wire (an alternative to SWIFT and Ripple) as well as SatoshiPay, an effort to get into micropayments. However, SatoshiPay was struggling to get a Series A funding round due to the Corona crisis and got a loan of 550k USD in XLM tokens from the SDF.

There is no evidence that the banks will continue using Stellar, versus creating their own currencies, but due to the partnership with IBM the likelihood of using the Stellar infrastructure is given.

Ease of use & Availability

As of June 2020 Stellar Lumens are mainly available on Binance, Coinbase, HitBTC and OKex.

Transferring the bought coins is easy and fast.

Thanks to the Ledger Nano S support it is possible to store Lumens on a hardware wallet but also on a digital wallet such as the official one by Stellar.

A transfer of tokens currently takes less than a minute to confirm, making it one of the fastest cryptocurrencies in the market (June 2020).

4. What we’re reading, hearing and watching.

Crypto: A $1 Trillion Asset Class was originally published in @blockchain on Medium, where people are continuing the conversation by highlighting and responding to this story. 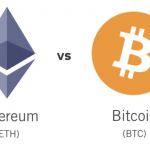