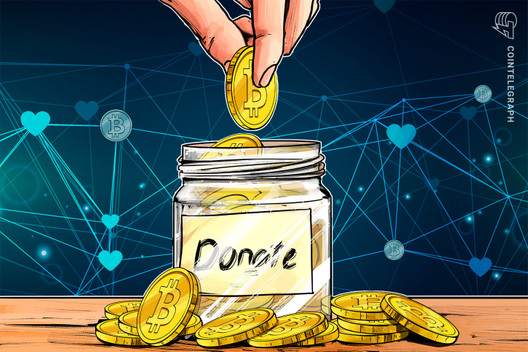 Crypto community members have donated 0.7 BTC to the victim of a phishing scam who lost his entire Bitcoin savings.

The crypto community has rallied in support of the victim of a phishing scheme who lost 12 Bitcoins (BTC) — the entirety of the investor’s holdings that had been accumulated over seven years.

On June 12, Eric Savics, the host of Protocol Podcast, tweeted that he has lost his entire Bitcoin savings after entering aftering the seed phrase for his hardware wallet into a malicious imposter of KeepKey’s app from the Google Chrome store.

Savics stated that he had hoped to purchase an apartment in future using the funds, stating: “All of my savings are gone, I have zero Bitcoin.”

However, other onlookers opted to donate BTC to Savics, with Twitter user OrangeDog responding: “Eric can you post a BTC address? I will donate some to get your balance off zero.”

As of this writing, Savics’ wallet has received nearly 0.709 BTC, worth roughly $6,650 at current prices. Should Savics recover the lost funds, he has pledged to return the donated Bitcoin to its senders.

“1 of the 1000s of daily scams in Bitcoin/Shitcoins world. THERE ZERO SECURITY IN SHITCOIN LAND! Billions lost daily to such scams & crypto robberies. If anyone steals my credit card or bank account info I get 100% refunded with a 1 min call.”

Google’s Chrome store has increasingly become a hotbed for crypto phishing scams impersonating hardware wallet programs, with a large number of fake Ledger extensions having been identified on the platform in recent months.

In March alone, a single scam extension was estimated to have absorbed 1.4 million XRP — currently valued at $269,000.

In April, Google removed 49 malicious extensions from Chrome’s web store that had been identified as crypto phishing scams.