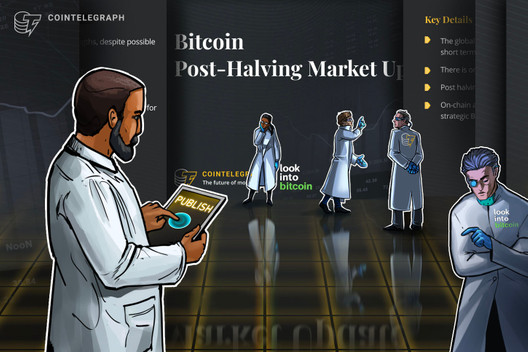 Bitcoin’s block reward halving occurred nearly a month ago and many analysts believe the event failed to produce the strong pre and post halving rally investors expected. Despite this, there is ongoing evidence that retail and institutional investors remain focused on accumulating Bitcoin and other cryptocurrencies. 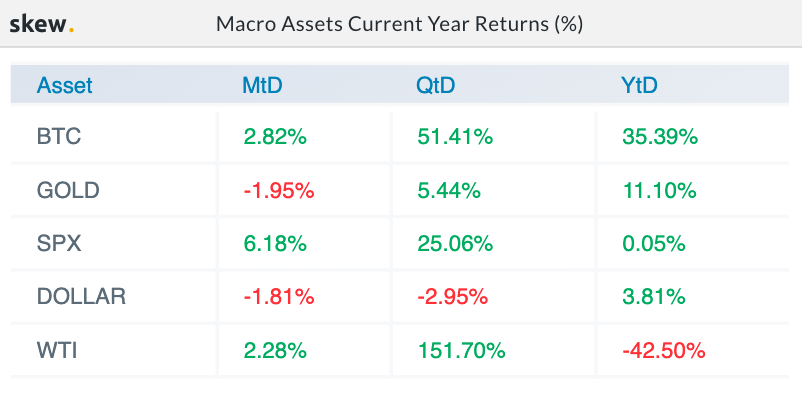 As shown by data from Skew, Bitcoin continues to lead among asset classes as the best performing asset with a 35.39% gain year-to-date.

Proof of increasing institutional investor interest is supported by recent reporting that crypto fund manager Grayscale Investments is “accumulating Bitcoin at a rate equivalent to 150% of the new coins created by miners since the May 11 block reward halving.”

There has also been a noticeable uptick in consumer interest in cryptocurrency and digital payments service, Square, recently announced that its Bitcoin revenues increased by 71% versus the previous quarter to $306 million.

Bitcoin adoption is surging due to global uncertainties and the increasing popularity of digital currencies resulted in peer-to-peer Bitcoin exchanges Paxful and Local Bitcoins seeing surging demand throughout Africa and Latin America.

According to lookintobitcoin, on-chain metrics show Bitcoin’s fundamentals remain bullish despite any threats of post-halving miner capitulation and turmoil in global markets.

Even through the March 13 cataclysmic drop to $3,750 there was continued growth in the number of Bitcoin addresses with balances below 1 BTC. 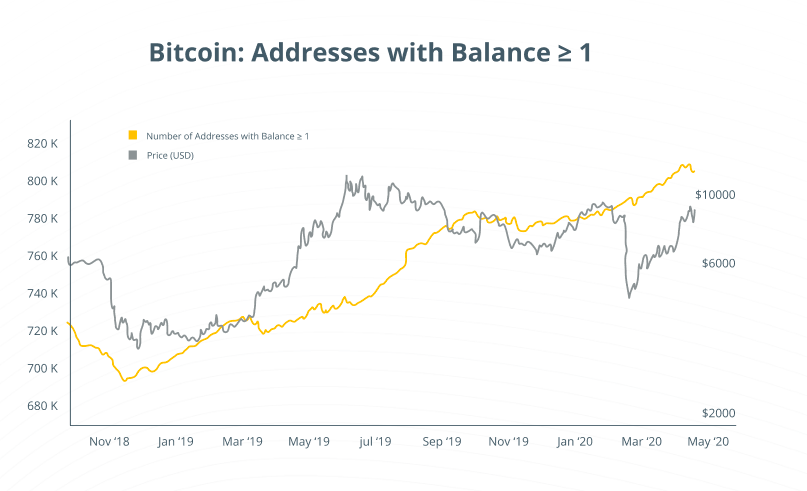 On-chain data also shows that longterm investors continued to hold through the crash and after the halving, suggesting Bitcoin holders have no intent to sell over the short to medium-term.

To date, Bitcoin price continues to meet resistance at $10,000 but the asset remains in an uptrend as investors have been buying into each dip below $9,500. According to lookintobitoin creator Philip Swift:

“The recent confluence of the 200 day moving average and the 128 day MA creates an area of important support for price. During the 2016/17 bull market the 128 MA frequently acted as key support for price. Again, two weeks ago, price bounced right off it and ran back towards the $10,000 area.”

Swift further explained that while Bitcoin continues to retest the $10,000 area it is “noteworthy that retraces from $10K are becoming less violent each time, suggesting buyers are stepping in earlier in anticipation of $10K ultimately being breached.”