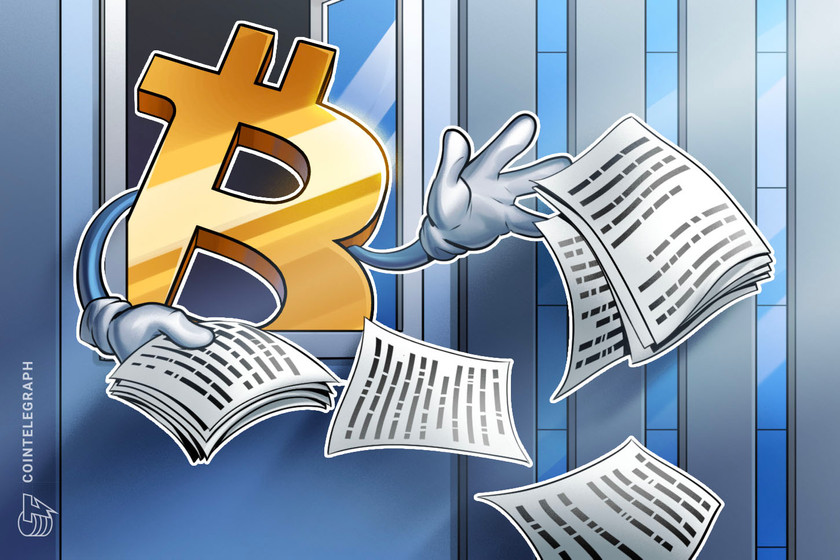 MicroStrategy was downgraded to “sell” from “neutral” on Tuesday.

Shares of MicroStrategy fell on Tuesday after Citibank reportedly downgraded the business intelligence firm over its “disproportionate” Bitcoin focus.

“MSTR’s bitcoin investment has returned $250M (or worth $26/share or +20% towards stock) since August ’20. While impressive, it pales in comparison to the 172% return in the stock. At the current stock price, our analysis suggests that the market is pricing in much more optimistic valuation scenarios for the core business and Bitcoin.”

MicroStrategy’s share price has been surging since August when the company first announced its Bitcoin play. Many investors view MSTR as an indirect investment in Bitcoin, given the company’s vast digital currency reserves.

On Monday, MicroStrategy revealed plans to allocate another $400 million to its Bitcoin treasuries. To do so, the company plans to issue $400 million in convertible senior notes. As Cointelegraph reported, $400 million would increase the company’s Bitcoin reserves by more than 20,800 BTC.

MicroStrategy is by far the biggest corporate holder of Bitcoin. It currently has 40,824 BTC on its books, worth a combined $2.756 billion.

Institutional investors and corporations are turning to Bitcoin as a hedge against inflation and dollar instability. Saylor has likened his company’s cash reserves to a “melting ice cube” as the purchasing power of the U.S. dollar continues to plummet. He believes asset inflation will grow to more than 20% per year.