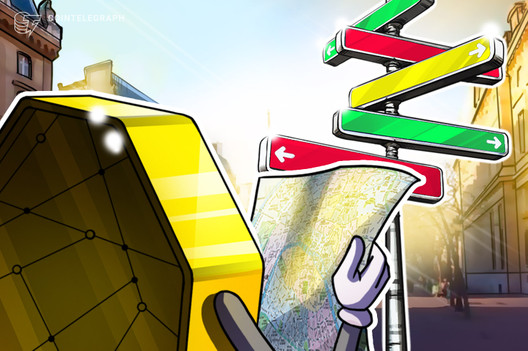 Chairman of the CFTC Heath Tarbert calls for principles rather than rules to dictate the government’s handling of digital assets.

In a framework published in the Harvard Business Law Review on June 15, Heath Tarbert, Chairman of the Commodity Futures Trading Commission, broadly advocated financial regulation based on broader principles rather than specific rules.

The argument for principles

The argument for principles is that the approach entails less red tape and, ideally, encourages innovation. Tarbert voiced a desire to see the CFTC “stay ahead of the curve by reacting more quickly to changes in technology and the marketplace.”

Tarbert wrote that in addition to promoting flexibility and innovation, “Principles-based regulation also discourages ‘loophole’ behavior and ‘checklist’ style approaches to compliance with the law.”

Role of crypto and new tech in Tarbert’s vision

Tarbert’s argument cited the digital marketplace and cryptocurrencies in particular are areas where his preferred style of regulation would be especially valuable:

“Another area where principles-based regulation is generally appropriate is with respect to developments in financial technology (fintech), including blockchain and digital assets. […] It is my view that the United States must lead the world in this technology, and applying overly prescriptive rules could stunt the development of this important market.”

Having become Chairman of the CFTC only a year ago, Tarbert is known for his support of crypto and has made the principles-based argument before.