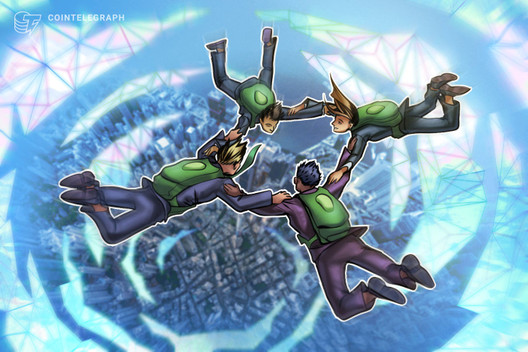 Hyperledger is a consortium of firms working on open-source enterprise solutions using distributed ledger technologies (DLT). Launched in December 2015 by the Linux Foundation, the project has since received contributions from IBM, Intel, and other leading tech firms exploring blockchain applications.

Other new entrants include Japanese consulting and PR firm Binarystar, and Atomyze, a tokenization platform launched by Switzerland’s TokenTrust AG.

“As our line-up of new members underscore, the Hyperledger community is about putting blockchain to work in impactful ways around the world and across industries.”

The non-profit InterWork Alliance launched earlier this month with the aim of establishing standardized frameworks across platforms supporting distributed applications and tokens.

Earlier this month, Hyperledger established an alliance alongside tech conglomerates Microsoft and IBM to develop global standards for tokenized ecosystems.

In an interview with Cointelegraph, IWA chairman Marlay Gray emphasized the importance of widespread standardization as a requisite foundation for the widespread adoption of tokenization:

“Without a standardized set of common terms, definitions and business level specifications, developers have to interpret inconsistent business requirements and translate them to write code for every blockchain platform and each token standard for a token-based business use case to work. This complexity makes wide-scale adoption difficult,” Gray said.