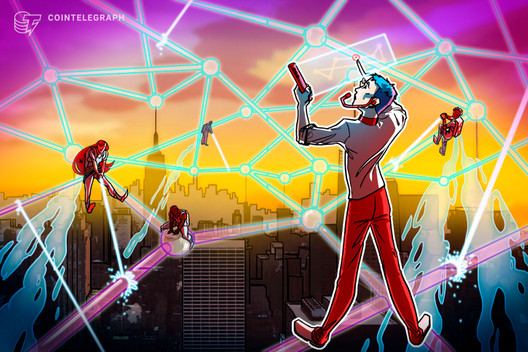 The power of a strong community in scaling blockchain-based projects should not be understated.

Cryptocurrency was built on the premise that a reimagined financial system could exist. It was brought to life by a community that supported these ideals and worked tirelessly to bring them to fruition.

Cryptocurrency remains the priority for the blockchain space within traditional financial hubs, such as Hong Kong SAR and Singapore, as outlined in Deloitte’s report. Such growing acceptance and support for blockchain and digital assets globally have proved to be important to adoption and advancements within the ecosystem.

The community has played a pivotal role in developing blockchain technology and cryptocurrencies since their inception. It is now imperative that the industry continues to recognize the important role the community will play in the further development and adoption of the digital asset space. There is still much that the industry as a whole can do to further spur growth within the community.

Decentralization and the removal of third parties

This has led to a decentralized form of finance that enables a more open and transparent financial system supported by decentralized technologies like blockchain. Decentralized finance provides more inclusive access to financial services and credit at a lower cost. This includes smart contracts, protocols, decentralized applications and digital currencies, such as Bitcoin and stablecoins, notably Tether (USDT), whose growing usage in DeFi is indicative of the pivotal role that it plays in the nascent sector.

Decentralization also sees projects driven by community ideals, ensuring a free flow of information within the community. Community-driven development has given developers control over the development process, while the resources and decision-making authority are directly in the hands of the community.

There have been many examples of projects and exchanges in the industry that have taken a community-first stance to development, product offerings and overall day-to-day operations. For example, the ethos of Bitfinex has always been to remain driven by its community and to be designed for its community. Bitfinex is now one of the most advanced and most liquid exchanges in the world.

Polkadot built a community of anticipated followers and is now expected to be the most anticipated project since Bitcoin and Ethereum, which is transitioning to Ethereum 2.0 with the support of its dedicated community.

An important sub-community is crypto traders. Understanding the needs and feedback of trading communities, many projects and exchanges are now focused on creating a place for traders to communicate with one another. This has helped the industry flourish while creating a pathway for new tokens, projects and digital assets.

This focus on community building has led to the creation of crypto-centric social networks, such as Bitfinex Pulse, and has led to the creation of Reddit communities for nearly every project in the industry. These platforms have opened up a dialogue for the next generation of traders, facilitating a free flow of ideas and providing real-time, high-quality market intelligence for the benefit of the entire trading community.

Ultimately, innovation comes from outside and within. Innovation is vital within industries because it gives companies an edge in penetrating markets faster. Innovation can also provide better connectivity to developing markets, possibly leading to bigger opportunities. Listening to the opinions and needs of the community can facilitate and accelerate innovation within an industry.

The pressure to innovate, challenge and self-disrupt are intense, especially as the blockchain industry transforms at an exhausting rate.

By taking the time and effort to build and listen to the community, companies and industries can tap into a pool of diverse voices and new ideas to drive innovation. The same is true for the blockchain industry as well.

Building the blockchain community has led to many new innovations and further adoption of blockchain technology and cryptocurrencies. This intense focus on community building can only help the digital asset space to fulfill its immense potential.

Paolo Ardoino joined Bitfinex at the beginning of 2015 and now serves as its chief technology officer. After graduating from Genoa’s Computer Science University in 2008, he started working as a researcher for a military project focused on high-availability, self-recovering networks and cryptography. Interested in finance, Paolo began developing financial related applications in 2010 and founded Fincluster in late 2013. Backed by two financing investment rounds, Fincluster delivered an advanced, modern and accessible web platform serving different clients with customization capabilities.
Building the blockchain community is essential for further developments originally appeared on CoinTelegraph.com