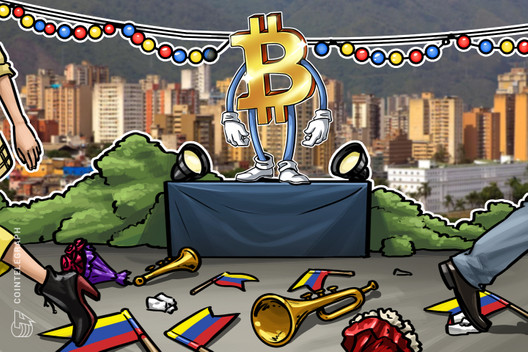 Venezuela’s Administrative Service for Identification, Migration, and Foreigners, known as SAIME, recently began to accept Bitcoin (BTC) for passport applications from Venezuelan citizens living abroad. As of today, however, officials have disabled the new payment method without explanation.

People have reported through social media that SAIME’s website now states this payment type is “temporarily out of service.”

Still no official response from SAIME

Cointelegraph Spanish sent an inquiry to local authorities through Twitter asking why, as of press time, the payment type remains offline.

SAIME officials never officially announced the addition of Bitcoin payments for Venezuelans living abroad, nor have they confirmed that the payment method was removed permanently.

Authorities did issue a vague statement through Twitter stating that citizens “living abroad have available are those who offer the page”. Venezuelans living in the country can still pay for passport applications with the Blockchain-based Petro.

Credit cards such as Visa, Mastercard, and American Express, initially appeared as alternative payment options as well. U.S. sanctions against Nicolás Maduro’s regime have since prevented companies like Visa from conducting business in Venezuela.