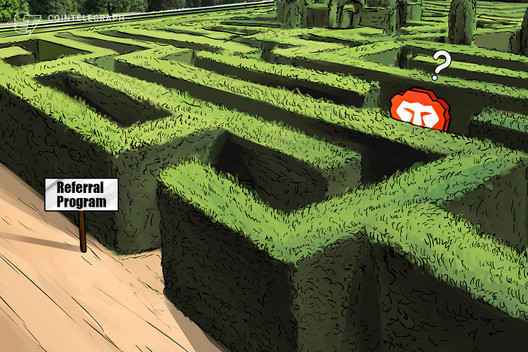 Brave has paused its BAT referral program in five countries after detecting “a high number of fraudulent referrers.”

Crypto-powered web browser, Brave, has halted its referral program for users in China, Russia, Indonesia, Vietnam and Ukraine after detecting “a high number of fraudulent referrers” in those regions, according to a June 11 announcement.

While the program was initially capped at $1 million USD worth of BAT tokens, it has now done “several times that amount”, Brave’s statement alleges, stressing that the scheme has been a key part of its worldwide growth:

“The ability for Brave supporters to share the browser directly has led to unprecedented success, helping grow the Brave user-base to more than 15 million monthly active users worldwide.”

Over the course of the past few months, Brave has detected “a high number of fraudulent referrers” in “a small set of regions”. The web browser was reportedly able to put a hold on this activity before any BAT tokes were paid out, halting the referral program effective Thursday June 11.

According to Brave, the changes are temporary, as the company hopes to resume the program for those countries “in the near future”. Moreover, content makers will now be asked to verify their ID before using the referral program.

Cointelegraph reached out to Brave for additional details, but received no reply as of press time. This story will be updated, should a response come in.

Earlier this month, Brave found itself in hot water when reports surfaced that the browser was automatically filling an affiliate link into its address bar when a user attempts to access the website for Binance and its United States-arm Binance.US.

Approved by Joe Rogan and BTS

Brave’s popularity has been surging lately, possibly in connection with recent endorsements by podcast host Joe Rogan and the renowned K-pop band BTS.