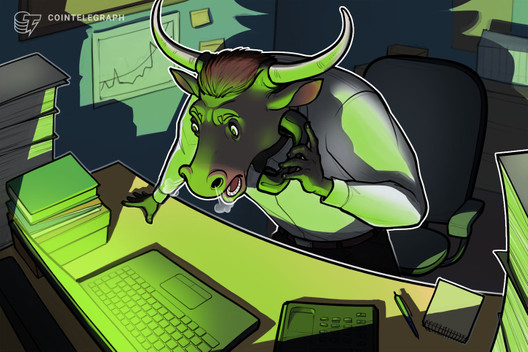 According to Bloomberg, the narrowest ever bollinger bands suggest that Bitcoin is consolidating for a major breakout.

Bloomberg remains optimistic about Bitcoin (BTC) as long as it stays above a key resistance level.

The latest report by Bloomberg analyst, Mike McGlone, contends that Bitcoin is consolidating. He speculates that due to the decreasing volatility, Bitcoin price Bollinger Bands are at its lowest point ever.

In his opinion, Bitcoin is priming to break out of the upper resistance level of $13,000. At the same time, he says that it is critical that price does not fall below $6,500:

“Our graphic shows the upward sloping 260-day moving average on the crypto and bands that roughly marked the 2019 high and 2020 low for guidance. By this measure, when Bitcoin exits its cage, about $13,000 is a good initial resistance target. Sustaining below the bottom band at about $6,500 would jeopardize the uptrend.”

Getting closer to gold

McGlone observes that Bitcoin’s volatility relative to the same metric for gold is at the lowest since the record bull run of 2017 and is way below the average:

Recently, Bloomberg predicted that Bitcoin may regain the record highs of $20,000, even soaring to a new high of $28,000.