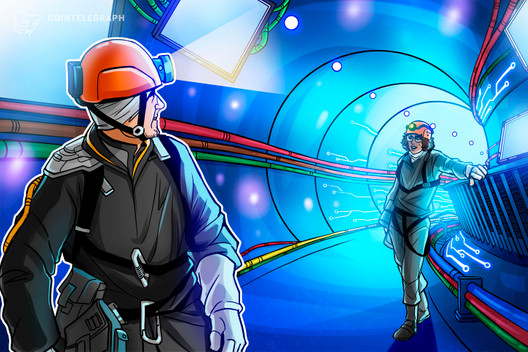 Algorand and Blockstack have launched a joint open-source project to support the development of a smart contract language.

Both claim that existing smart contract languages are neither secure nor predictable enough to meet the growing needs of the emerging industry.

As of this February, $1 billion in value was locked in decentralized finance (DeFi) markets, where smart contracts are used to innovate financial services such as credit and lending.

In their announcement on June 10, Algorand and Blockstack emphasized the need for an alternative smart contract language that would be:

“Purpose-built for the needs of developers working on high-stakes transactions in the hundreds of millions of dollars, which require more predictability and reliability than current solutions.”

The teams of both blockchain networks have strong connections with computer science and academic research in cryptography.

In his statement for the project’s launch, Dr. Ali explained that smart contracts have “radically different requirements” particularly when it comes to verifiability and security.

Before the DeFi space grows further, he has called for a “serious upgrade” to smart contract language development to ensure that secure and effective code is supporting the most popular applications of the technology.

As shown by past vulnerabilities, like the notorious DAO incident on the Ethereum blockchain in 2016, the stakes can be extremely high when things go awry.

Clarity, as the announcement outlines, is a “‘decidable’ language, meaning developers can know, with mathematical certainty, what a program will and will not do ahead of time.”

Algorand and Blockctack claim that at present, the use of “undecidable” languages renders it impossible for developers to understand exactly how a contract will behave in certain situations without its prior execution. This shift to decidability, they claim, therefore “addresses a key obstacle currently preventing large-scale, serious use.”

With the adoption of a programming language like Clarity, Dr. Micali has also pointed to the likelihood that the technology will be more trusted by large-scale enterprises and governments.

Beyond their joint support of Clarity, Algorand and Blockstack are also pledging to work toward better interchain communication and operability, in order to prevent the consolidation of “walled gardens” in the blockchain space.

Cointelegraph has previously reported on the development of the Digital Asset Modeling Language (DAML), which was open-sourced by its creator, software firm Digital Asset, last year.

This spring, Tencent’s digital bank WeBank revealed it was exploring the integration of DAML for its consortium blockchain FISCO BCOS — the chain that will undergird China’s national Blockchain-Based Service Network.