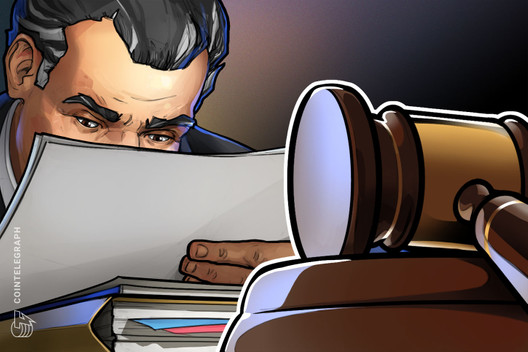 The plaintiff in a lawsuit against BitMEX has asked a court to preserve thousands of email records that could show the exchange was operating illegally in the United States.

The plaintiff in a lawsuit accusing BitMEX of market manipulation and operating without a license in the U.S. believes that Twilio possesses thousands of incriminating email records that prove their case.

The Bitcoin Manipulation Abatement LLC (BMA) has asked the court to preserve all  BitMEX-related email data held by the U.S. cloud communications platform, Twilio. BMA is concerned that without the order, BitMEX could delete all of the records.

BMA filed a complaint in mid-May accusing BitMEX’s parent company, HDR Global Trading Ltd., of widespread crypto market manipulation and of being an unlicensed money transmission business in the U.S.

BMA’s general counsel Pavel Pogodin told Law 360 that “BitMEX uses Twilio to communicate with all its users on a daily basis”.

“Thus, according to BitMEX itself, Twilio stores a database of all BitMEX users’ email addresses,” Pogodin said. “It was a mistake for them to use the U.S. company for this purpose and claim lack of personal jurisdiction of U.S. and California courts at the same time.”

Bitcoin Manipulation Abatement describes HDR Global Trading as a Seychelles-based shell company that was set up to claim that BitMEX is not subject to United States law.

BMA’s filing claims that upon requesting information regarding the company’s operations, they were forwarded a meme with “incorporated in the Seychelles, come at me bro” written on an image of one of BitMEX’s founders.

According to BMA, the subtext of the “cynical” response indicated confidence that BitMEX could avoid U.S. jurisdiction through its Seychelles-based holding company.

BitMEX accused of unlicensed US operations

BMA states that Twilio had placed a “temporary deletion hold on BitMEX’s account” until June 15 while it would evaluate the plaintiff’s request for preservation — after which BitMEX will be able to delete all U.S.-based email data stored on Twilio.

In response to requests for assurance that the data will be preserved, BMA claims that Twilio “refused to acknowledge defendants’ duty to preserve the content of the user email database” and responded evasively.

BMA’s complaint alleges money laundering, wire fraud, and money transmission violation, asserting that BitMEX “was deliberately designed from ground up with the purpose to engage in, facilitate, aid, abet, counsel, induce and/or procure a myriad of illegal activities”.