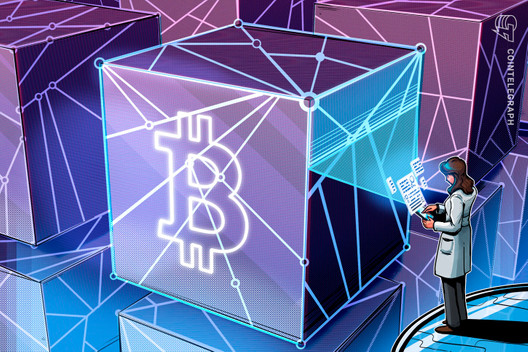 As Bitcoin (BTC) continues to pick up mainstream traction, the asset’s blockchain scalability remains an issue, according to Decred co-founder Jake Yocom-Piatt.

“There is enough demand for on-chain Bitcoin transactions during peak demand times to completely fill blocks and drive fee rates up substantially,” Yocom-Piatt told Cointelegraph, noting the struggles Bitcoin’s network may face during times of increased activity, given the number of interested parties.

Bitcoin scaling has been an issue for years

When it comes to mass adoption, Bitcoin’s ability to work effectively under high traffic conditions has been in question for a number of years. The debate caused a notable rift in the Bitcoin community in 2017, when Bitcoin forked into Bitcoin Cash (BCH) in an effort to scale using larger blocks. The smaller-blocked BTC, however, remains the market’s dominant asset.

At the peak of the last crypto bull run in 2018, Bitcoin saw its network clogged from all the mainstream users joining the space, spurring slow transactions and high fees.

Some of the crypto community look at small blocks as a way of keeping Bitcoin decentralized. “Increasing the block size will mean longer chain syncs, less full nodes operating from home internet connections, and more centralization overall,” Yocom-Piatt said of a big-block transition.

Off-chain scaling as the only option

Bitcoin off-chain scaling could hold water as a solution, with options such as the Lightning Network facilitating transactions on a second network layer.

“Scaling Bitcoin using off-chain transactions is pretty much the only option, similar to how electromagnetic telecommunications allow radio to scale,” Yocom-Piatt said, mentioning the Lightning Network as an option.

If the mainstream world adopted Bitcoin as a viable store of value asset, the asset might successfully handle the traffic with an off-chain solution. Yocom-Piatt explained:

“I believe that mainstream adoption of Bitcoin and other cryptocurrencies as stores of value can occur successfully if the bulk of the transactions occur off-chain.”

Bitcoin’s network fees likely would rise significantly, however, as off-chain solutions still must interact with the network in the form of opening and closing Lightning Network payment channels. This “would create some user experience challenges while the fees remained high,” Yocom-Piatt added.

Regarding complexity, the Lightning Network’s front end should be simple enough for the mainstream public to learn and use, according to Yocom-Piatt.

Last month, prior to Bitcoin’s halving, Yocom-Piatt predicted Bitcoin’s price to double “in the short term.”