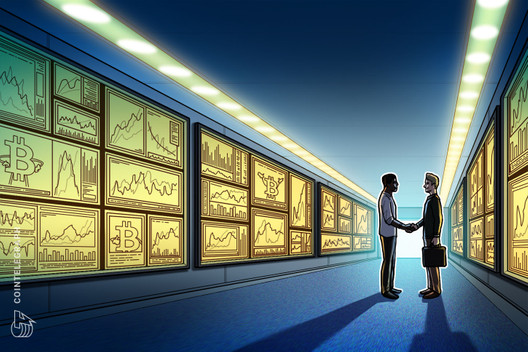 Just over a month since open interest in Bitcoin options hit a record high of $1 billion, the latest figures show that it has increased 50% to break $1.5 billion.

According to the latest data from market analysis company Skew, total open interest in Bitcoin (BTC) options passed $1.5 billion on June 9. This comes barely a month after open interest crossed $1 billion for the first time, marking a 50% increase in just 33 days.

50% rise in a month led by two players

Deribit’s 20% increase from $903 million over the course of the month has not been the biggest story though.

Chicago Mercantile Exchange (CME) has increased its Bitcoin options open interest by over 850% in this time. On May 7 this stood at $38 million, but by June 9 CME recorded $368 million of open interest.

CME aiming for the options crown?

As Cointelegraph reported, in the first half of May alone, open interest on CME Bitcoin options soared a massive 1,000% from $12 million to $142 million.

While unable to sustain quite that level of growth, the latest figures show that CME’s options momentum is far from running out of steam.

Of the other major players in the BTC options market, LedgerX open interest remained roughly the same since May 7 at $52 million while OKEx saw a 15% fall to $65 million.

Despite this, the performance of both Deribit and CME shows that Bitcoin options is a rapidly growing market sector.