The Bitcoin King in Brazil arrested for a $300M fraud, Square officially confirms building a hardware wallet and TikTok bans crypto ads. These stories and more this week in crypto.

Police in Brazil have arrested Claudio Oliveira—also known as the “Bitcoin King”—and several executives of his company Bitcoin Banco Group. The men have been charged with running a cryptocurrency scam that may have stolen more than $300 million in digital funds from as many as 7,000 separate investors.

Square – the company led by Twitter CEO Jack Dorsey, officially confirmed its plans to build a  Bitcoin hardware wallet after Dorsey hinted in June the company is considering this option. Square aims to popularize the cryptocurrency, make Bitcoin custody more mainstream and further enhance its mass adoption with the new development.

The new advertising guidelines on TikTok specifically prohibit users from posting promotional content about financial products globally. Crypto-based promotional content was also included among the now-forbidden topics. TikTok was a hotbed for Dogecoin hype in 2020, when users shared related videos in an effort to get more folks to jump on the bandwagon.

Seven-figure crypto firm Circle is planning to go public after it completes a $4.5 billion merger with Concord Acquisition Corp, a SPAC, or special purpose acquisition company, that recently raised close to $300 million through Atlas Merchant Capital. Circle was founded eight years ago and earned recognition for the release of its stablecoin USD Coin.

Crypto-focused Swiss bank Sygnum Bank has become the first bank in the world to allow its clients to stake Ether. The firm’s clients can now stake ETH through Sygnum’s institutional banking platform to earn yields of up to 7% annually. Sygnum described Ethereum staking as a core element for digital asset portfolios.

BlockFi and Visa have partnered to create a new bitcoin rewards credit card that will allow users to garner up to 2 percent cashback in bitcoin on all their purchases. Demand for the card was high as nearly 400,000 customers initially signed up for the product back in December with the first announcement.

A Russian hacking group known as REvil has encrypted the files of more than 1,000 businesses and enterprises in a number of countries, including the United States, Sweden, and New Zealand. The organization is presently demanding a $70 million bitcoin ransom in exchange for the release of these companies’ data.

Coinstar customers in Connecticut can now trade their loose change for bitcoin. Several of the money-exchanging kiosks stationed in Stop & Shop and Big Y grocery stores in the state have partnered with Coinme exchange to offer customers a new crypto option that will allow them to purchase BTC with cash. 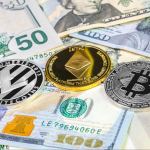