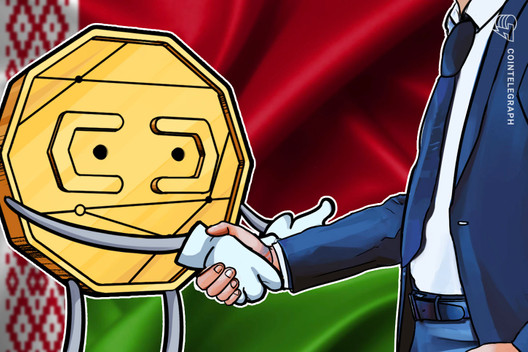 On June 10, 12 Belarus’ commercial and state-owned banks received permission from the national central bank to issue digital tokens. They will distribute these digital offerings through an upcoming pilot program.

According to Sputnik Belarus, the country has adopted Decree No. 8, “On the development of the digital economy,” giving the power to the Belarus National Bank to implement the banks’ digital economy dynamics.

The governmental framework creates the legal environment required for initial coin offerings, or ICOs, across Belarus. The pilot program will run from January 1, 2021, to January 1, 2024.

The pilot program will take place in Hi-Tech Park, a Minsk-based blockchain free trade zone and the home of several crypto mining centers.

The report adds that the National Bank gave banks the authority to raise funds from their ICOs in Belarusian rubles from domestic individuals or companies.

However, the central bank stated that bank entities would not be allowed to receive crypto during the pilot program. Non-citizens could still buy tokens using national or foreign fiat money.

A final decision could be taken in March 2024

Sputnik clarifies that participation in the pilot will be limited to 10% of the banks’ regulatory capital.

It is expected that by March 1, 2024, the President of Belarus will decide whether or not to extend the program, or even make it a permanent fixture.

Cointelegraph reported on March 9 that the Investigative Committee of the Republic of Belarus is planning a legal initiative that would allow the authority to confiscate criminally generated cryptocurrency.

In 2019, Belarus’ general prosecutor raised concerns about the role cryptocurrency could be playing in tax evasion within the country.