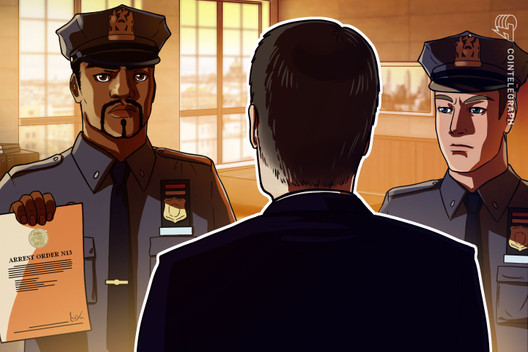 PlusToken, one of the greatest exit scams in history, defrauded investors of nearly $6 billion, according to latest reports.

The story of PlusToken, one of the largest scams in the cryptocurrency industry, takes another twist as dozens of major suspects have been arrested.

As many as 27 core PlusToken team members have been arrested by Chinese police, according to a July 30 report by local industry publication ChainNews.

According to the report, the total amount of investor losses in the PlusToken scam is estimated at 40 billion Chinese yuan or $5.7 billion.

The report also mentions that investigators have also arrested another 82 core members of the scheme.

Dovey Wan, founding partner of blockchain-based investment company Primitive Ventures, tweeted that the owner key is already burned so technically it will not be able to commit fraud.

She said, “I sincerely hope this attempt can be a good learning experience for the Chinese community to start an effective DAO [Decentralized Autonomous Organization], a bottom up governance, a real movement from the people that’s for the people.”

As reported, the PlusToken scheme has emerged as one of the largest scams in the history of crypto. The project was initially presented as a South Korea-based exchange offering high investor returns. Eventually, the entire operation was exposed as a scam after several million participants found they were unable to withdraw their investment. As previously reported, the scam scheme was estimated to defraud investors of about $5 billion in total.