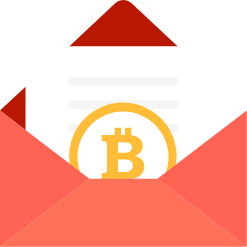 Ethereum hits a new all time high, Coinbase permits loans of up to $1 million and both movie makers and fast-food chains tap into the crypto space. These stories and more this week in crypto.

The price of Ethereum hit a new all-time high earlier this week on the back of announcements from institutional players. CME will issue micro ETH futures besides the existing micro BTC futures that are offered at one-tenth the size of the original contracts. While Bakkt will expand its cryptocurrency offering to include Ethereum.

Popular crypto exchange Coinbase announced that eligible U.S. customers can now borrow loans of up to $1 million using Bitcoin as collateral. Individuals can borrow up to 40 percent of the value of their BTC, with no credit checks or fees involved, and funds can swiftly be transferred to attached PayPal or bank accounts.

Michael Saylor of MicroStrategy is now an official bitcoin billionaire. According to a recent earnings report, Saylor personally owns more than 17,000 bitcoins, which currently are worth over $1 billion. In addition, his company owns more than 114,000 units, which are now worth more than $7 billion.

El Salvador is building 20 so-called Bitcoin Schools with profits derived from the nation’s Bitcoin Trust. The new schools will support crypto expansion by educating locals about the essentials of cryptocurrency. Citizens can track their government’s bitcoin purchases and earnings by following a government-run Twitter profile called El Salvador BTC.

Mayors of New York and Miami are in a heated battle over their belief in Bitcoin. Miami’s Mayor, Francis Suarez, stated that he would be taking his next paycheck entirely in bitcoin, while the New York City mayor-elect, Eric Adams, responded by saying he will accept his next three paychecks in BTC when he becomes mayor and wants NYC to be the center of the cryptocurrency industry.

Influential director, Quentin Tarantino is offering seven deleted scenes from his classic film, Pulp Fiction, as non fungible tokens. The NFTs of handwritten scripts and exclusive commentary will be auctioned on OpenSea’s marketplace. At the same time another movie maker, Warner Bros will also launch non-fungible token (NFT) collectibles for the upcoming film “The Matrix Resurrections”. 100,000 Matrix  NFT Avatars will be dropped with Blue Pill and Red Pill options. If they take the “blue pill,” NFT avatar owners will remain in the Matrix but if the “red pill” is taken the NFTs will transform.

McDonald’s is creating its first-ever non-fungible token in honor of the McRib’s 40th anniversary. In the giveaway, ten contestants will be selected on Twitter to receive the NFTs. Meanwhile its rival, Burger King is collaborating with the trading platform, Robinhood, to give away 20 bitcoins, 200 ether and 2 million dogecoins. Members of Burger King’s US loyalty program who spend over $5 dollars on the restaurant’s app will be eligible. Promotions from both companies require winners to have digital wallets in order to receive their prizes.

A huge thanks to Unstoppable Domains for being our sponsor this week. With Unstoppable Domains choosing Polygon as a layer 2 solution, from November 15th you will be able to claim NFT domains without paying any claim, renewal or gas fees! Buy rare 3 character NFT domains like ‘pay.bitcoin’ which are available for the first time ever with the link in the description below!

🔴 No Credit Check Loans from Coinbase | This Week in Crypto – Nov 8, 2021 originally appeared on 99Bitcoins.com 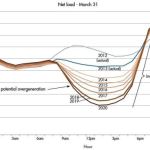 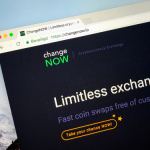